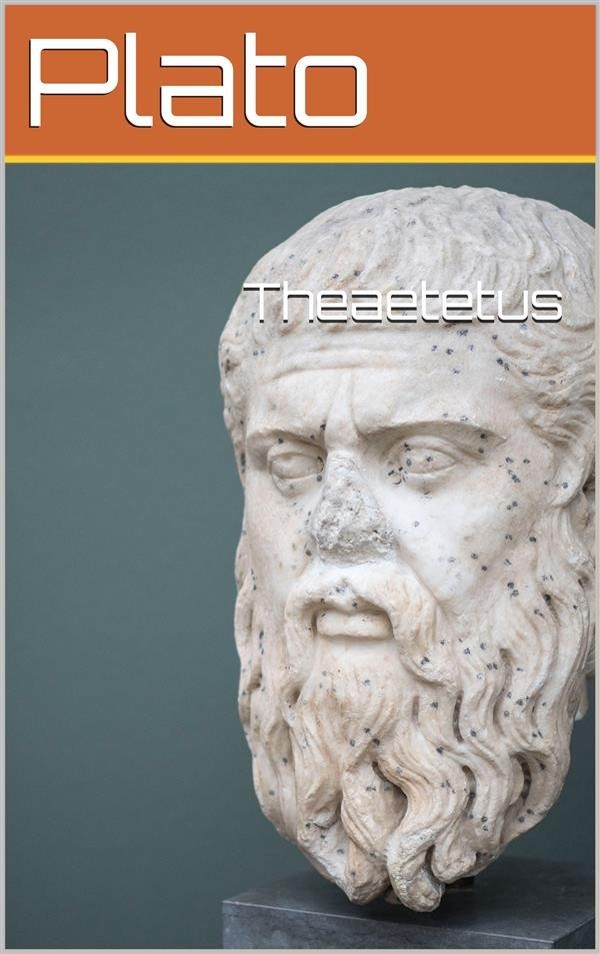 The Theaetetus is one of Plato's dialogues concerning the nature of knowledge, written circa 369 BCE.

Socrates declares Theaetetus will have benefited from discovering what he does not know, and that he may be better able to approach the topic in the future. The conversation ends with Socrates' announcement that he has to go to court to face a criminal indictment.

The dialogue is framed by a brief scene in which Euclid of Megara tells his friend Terpsion that he has a written record of a dialogue between Socrates and Theaetetus, which occurred when Theaetetus was quite a young man. This dialogue is then read aloud to the two men by a slave boy owned by Euclid.

Socrates asks Theodorus if he knows of any geometry students who show particular promise. Theodorus assures him that he does, but that he does not want to over-praise the boy, lest anyone suspect he is in love with him. He says that the boy, Theaetetus, is a young Socrates look-alike, rather homely, with a snub-nose and protruding eyes. The two older men spot Theaetetus rubbing himself down with oil, and Theodorus reviews the facts about him, that he is intelligent, virile, and an orphan whose inheritance has been squandered by trustees.

Socrates tells Theaetetus that he cannot make out what knowledge is, and is looking for a simple formula for it. Theaetetus says he really has no idea how to answer the question, and Socrates tells him that he is there to help. Socrates says he has modelled his career after his midwife mother. She delivered babies and for his part, Socrates can tell when a young man is in the throes of trying to give birth to a thought. Socrates considers his philosophical work as midwifery (Maieutics). This method, later also called Socratic method, consists in eliciting knowledge by a series of questions and answers.

Socrates thinks that the idea that knowledge is perception must be identical in meaning, if not in actual words, to Protagoras' famous maxim "Man is the measure of all things." Socrates wrestles to conflate the two ideas, and stirs in for good measure a claim about Homer being the captain of a team of Heraclitan flux theorists. Socrates dictates a complete textbook of logical fallacies to the bewildered Theaetetus. When Socrates tells the child that he (Socrates) will later be smaller without losing an inch because Theaetetus will have grown relative to him, the child complains of dizziness (155c). In an often quoted line, Socrates says with delight that "wonder (thaumazein) belongs to the philosopher". He admonishes the boy to be patient and bear with his questions, so that his hidden beliefs may be yanked out into the bright light of day.