A treatise on the art of making good wholesome bread of wheat, oats, rye, barley and other farinaceous grains 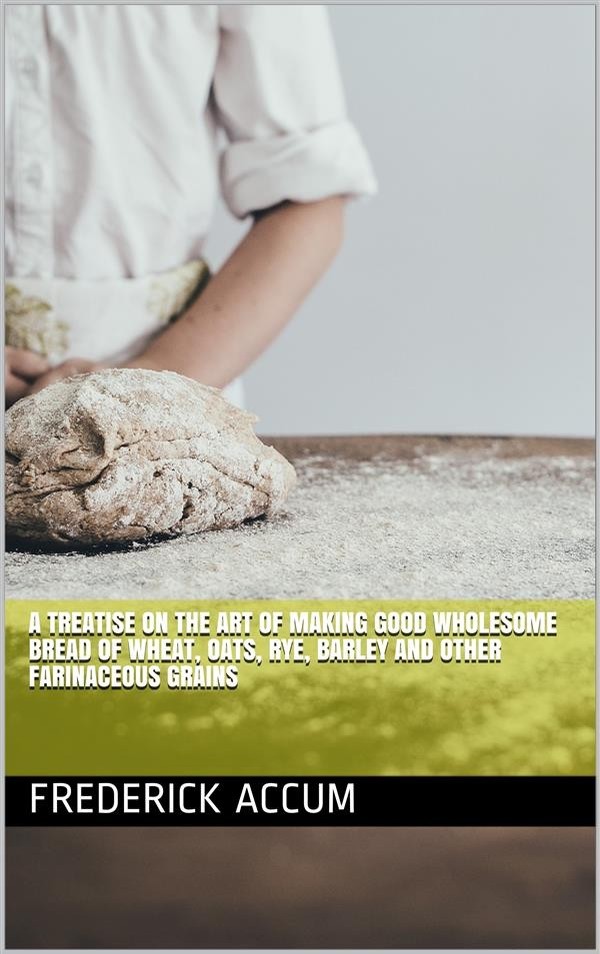 A treatise on the art of making good wholesome bread of wheat, oats, rye, barley and other farinaceous grains

Exhibiting the alimentary properties and chemical constitution of different kinds of bread corn, and of the various substitutes used for bread, in different parts of the world

The object of this Treatise is to exhibit the chemical principles of the art of making good and wholesome Bread, of Wheat, Oats, Rye, Barley, Rice, Potatoes, and other farinaceous substances used for this purpose in different parts of the world.

I have first taken a view of the chemical constitution of the Alimentary Substances derived from the vegetable kingdom, and have added an Historical Sketch of the Art of Making Bread. I have elucidated the chemical constitution of the substances of which Bread is made among civilized nations, as well as of various nutritive materials, besides Bread Corn, which are used in different countries as substitutes for Bread.

I have described the chemical analysis of Bread Flour, its immediate constituent parts, their proportions in different kinds of grain, and the method of separating them. I have pointed out the materials more particularly fitted for the fabrication of Bread; I have explained the reason why a variety of Alimentary Farinaceous Seeds, in common use, cannot be made into light and porous loaf-bread, although they are well calculated, under other forms, of being converted into highly nutritious food.

I have explained the chemical distinction which exists between bread made with yeast, as well as with leaven, and bread made without either of these species of ferment; and, lastly, I have given specific directions for making the different kinds of Bread prepared from Wheat, Oats, Rye, Barley, Rice, Maize, Buck-wheat, Potatoes, and other farinaceous substances, as practised in various countries.