London Labour and the London Poor (Vol. 2 of 4) 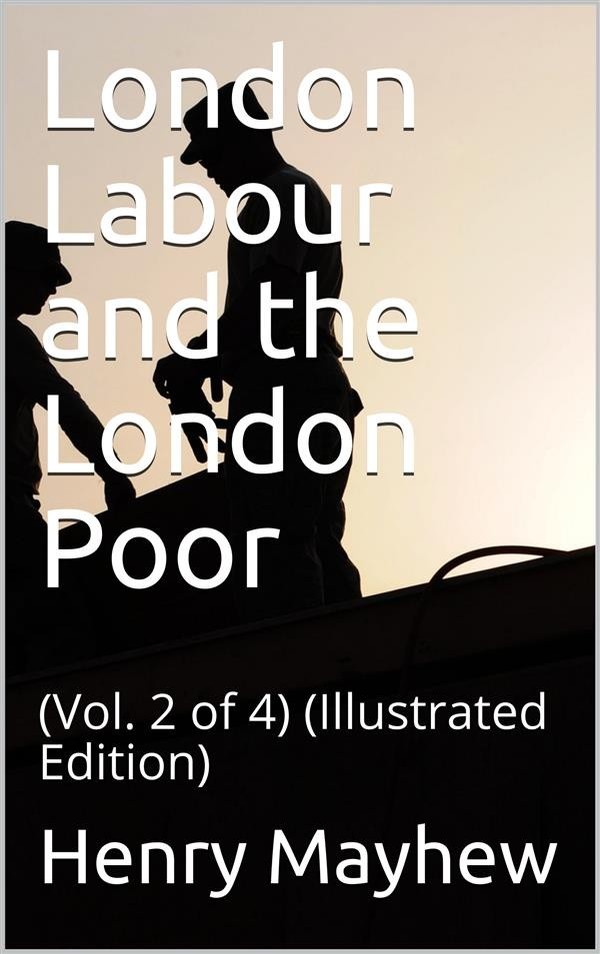 London Labour and the London Poor (Vol. 2 of 4)


London Labour and the London Poor is a work of Victorian journalism by Henry Mayhew. In the 1840s he observed, documented, and described the state of working people in London for a series of articles in a newspaper, the Morning Chronicle, that were later compiled into book form.

Mayhew went into deep, almost pedantic detail concerning the trades, habits, religion, and domestic arrangements of the thousands of people working the streets of the city. Much of the material comprises detailed interviews in which people candidly describe their lives and work. For instance, Jack Black talks about his job as "rat and mole destroyer to Her Majesty", remaining in good humour despite his experience of a succession of near-fatal infections from bites.

Beyond this anecdotal material, Mayhew's articles are particularly notable for attempting to justify numerical estimates with other information, such as census data and police statistics. Thus if the assertion is made that 8,000 of a particular type of trader operate in the streets, Mayhew compares this to the total number of miles of street in the city, with an estimate of how many traders operate per mile.

The articles were collected and published in three volumes in 1851. A fourth "Extra Volume", published in 1861, was co-written with Bracebridge Hemyng, John Binny, and Andrew Halliday, covered the lives of streetwalkers, thieves, and beggars, though it departed from the interview format to take a more general and statistical approach to its subject.

Poet Philip Larkin used an extract from London Labour and the London Poor as the epigraph for his poem "Deceptions". The extract details a rape: "Of course I was drugged, and so heavily I did not regain consciousness until the next morning. I was horrified to discover that I had been ruined, and for some days I was inconsolable, and cried like a child to be killed or sent back to my aunt."

In the early 1950s, Punch published a series of articles based upon and to some extent parodying London Labour and the London Poor. Although these articles were humorous, their purpose was still to document and describe the lives of working people in London. In 1953 the articles, which were written by Alex Atkinson and illustrated by Ronald Searle were published in a single volume under the title The Big City or the New Mayhew.