Observations on the Automaton Chess Player / Now exhibited in London, at 4 Spring Gardens 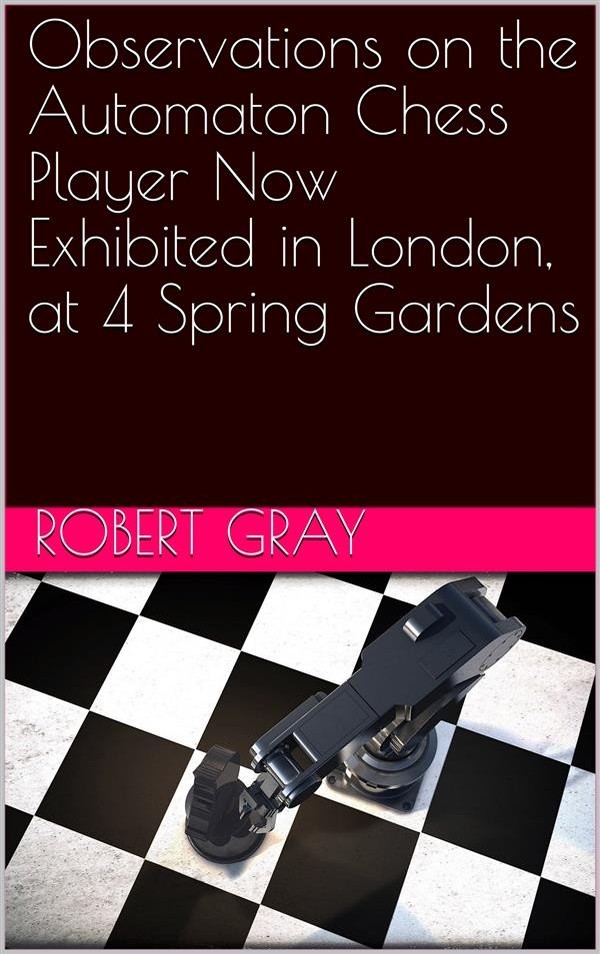 Observations on the Automaton Chess Player / Now exhibited in London, at 4 Spring Gardens

The science of mechanics is one of those in which the ingenuity of modern artists appears with superior advantage. The ancients, with the single exception of Archimedes, had but an imperfect knowledge of the mysteries of this science, as their attempts in the construction of instruments for marking time, and of the organ, sufficiently prove. This inferiority may be accounted for upon the principle, that the highest discoveries in mechanics do not depend upon the capacity, however enlarged, of any individual, but upon the successive discoveries of many individuals, during ages, combined at length, by some powerful genius, and directed to the completion of one great object. Hence it was reserved to modern times, to witness the invention of those exquisite and grand combinations of mechanism, which are displayed in the numerous kinds of watch and clock work, and in the higher order of wind instruments, in their several varieties: and hence the present age has produced the most finished pieces of mechanical science, in the Flute-player of Monsieur de Vaucanson, the Trumpeter of Maelzel, the Panharmonicon of Mr.Gurk, and the Apollonicon of our celebrated native mechanicians, Messrs. Flight and Robson.

Notwithstanding, however, the superior ingenuity of modern artists, in mechanics, which these scientific inventions discover, it seems to be a thing absolutely impossible, that any piece of mechanism should be invented, which, possessing perfect mechanical motion, should appear to exert the intelligence of a reasoning agent. This seeming impossibility is surmounted in the construction of the Automaton Chess Player. The stretch of invention shown in this unparalleled instance of mechanical skill, will be fully appreciated only by those who can form an estimate of the variety of combinations amongst the pieces which a game of Chess presents: the constant exercise of acute judgment required in anticipating the designs of an antagonist, or in frustrating those which cannot be foreseen; and the experience in the game, which must be attained by any individual, before he can become qualified to be a skilful Chess Player.

Some accurate notion, however, of the surprising powers which the inventor of this singular piece of mechanism has displayed, even they who are unacquainted, or but slightly acquainted, with the game of Chess, may derive from a faithful description of it, with respect to its construction, so far as that can be explained, and its general manner of working. Such a description, likewise, may be acceptable to those who are adepts in the game, to call to their recollection, any interesting circumstance relating to the Automaton, which they may have forgotten; and to be a slight memorial of a masterpiece of human ingenuity which excited their liveliest curiosity and admiration.