The Black Death, and The Dancing Mania 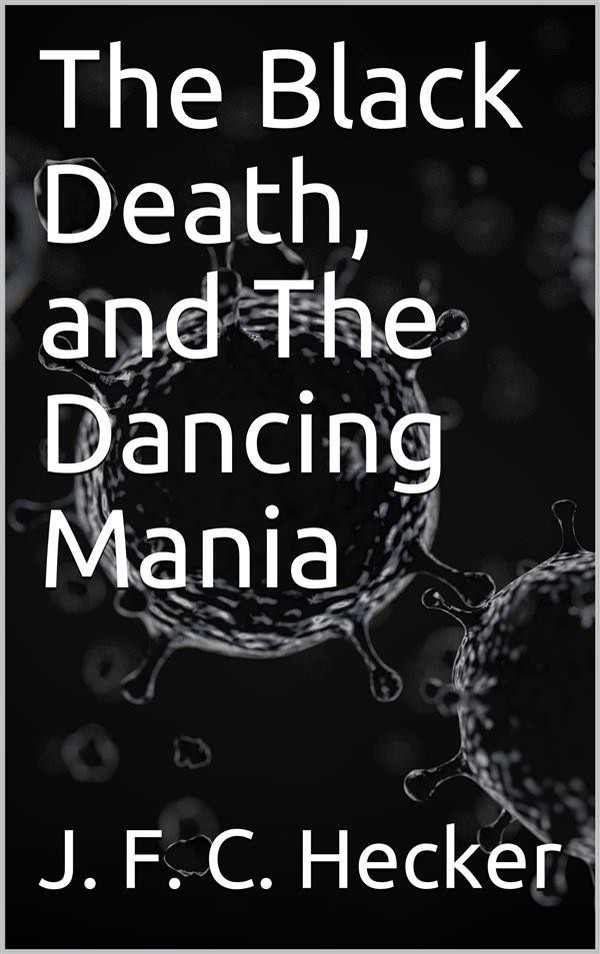 The Black Death, and The Dancing Mania

In these two works published in 1832, the physician analyzes the main characteristics of the two pandemics, the causes which led the way to their spreading, the diseases viewed from the religious perspective, their various forms, the cures or procedures used by famous doctors of the Middle Ages and the way in which these diseases affected the human mind.

Even though Prof. Hecker doesn’t say anything about rats or fleas — which carried the plague from Asia to Europe and Africa — he gives an account of how the plague manifested itself in different countries of the world. Documents show that some people died from respiratory problems while others had blisters and buboes on their skin – located especially in the axilla and in the groin area – or other victims bled through the nose or other anatomical orifices. Through incisions and the opening of the buboes, some patients recovered, but these procedures took place towards the period when the epidemic began to decrease.

From a psychological and religious point of view, people saw the Black Death as a punishment sent from God, in order to make them pay for their sins. Medieval people, especially those from the lower ranks of the feudal system, were strong believers in supernatural phenomena because they were illiterate and poor, living in filth and ignorance. They were rude and their minds were subdued by the Church, which was very powerful. Meanwhile, the kings and noblemen lived in luxury and debauchery without caring too much for their subjects.

The Dancing Mania appeared in Western Europe and it probably had its roots in the human psyche. It might have been a negative mental response to the Black Death. During convulsions, the victims moved uncontrollably as in a dance, had hallucinations regarding religion, shouted and eventually fell with exhaustion or even dropped dead. People used to gather in public places to see the gruesome scenes and some of the spectators caught the mysterious dancing virus; therefore they joined the group affected by the disease. Priests began to perform exorcisms on the people possessed by the strange illness – known also as St. John’s Dance or St. Vitus's dance – and that proved to be effective. The physician believes that the Dancing Mania might be an ‘ancestor’ of epilepsy, chorea and of hysteria. A particular branch of this unusual mania manifested itself in Italy — spreading from Apulia to the entire country — and it was called Tarantism, the cause of the illness being the bite of a tarantula.

In the last chapter, Professor Hecker reveals other lesser known mental disorders, convulsions and hysterical fits which alarmed people from certain communities during the seventeenth and nineteenth century.