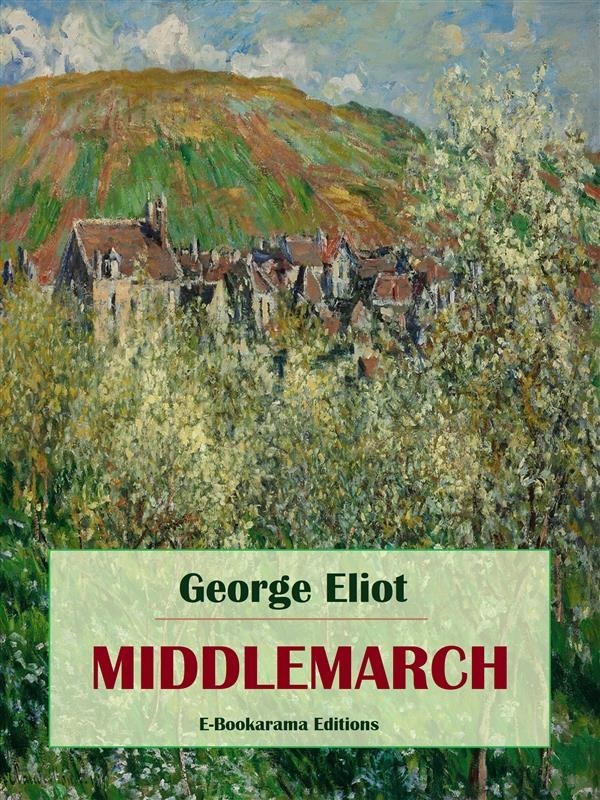 "Middlemarch" (in full "Middlemarch: A Study of Provincial Life") is a novel by George Eliot (pseudonym of Mary Ann Evans), published in eight parts in 1871–72. It is considered to be Eliot’s masterpiece. The realist work is a study of every class of society in the town of Middlemarch (a fictional town) —from the landed gentry and clergy to the manufacturers and professional men, farmers, and labourers. The focus, however, is on the thwarted idealism of its two principal characters, Dorothea Brooke and Tertius Lydgate, both of whom marry disastrously.

On the eve of the great Reform Bill of 1832 and under the shadow of changes in every walk of life, the town of Middlemarch and its surrounding countryside become the site of diverse personal events that gradually resolve themselves into four chief narratives. The first is the story of Dorothea Brooke's moral and romantic awakening. The plot turns on her escape from the mistaken hopes she places in her first husband, the fussy cleric and pedantic scholar Edward Casaubon, and then, after Casaubon's death, on her surprised discovery that she loves his young cousin Will Ladislaw who, like Dorothea, is in search of life's proper vocation. The complicated relationship between public vocation and private emotion is what links this first plot to the plot of Tertius Lydgate and Rosamond Vincy. With the limitless ambition of a young doctor at a moment of great medical transition, Lydgate aims to professional success and gives only passing thought to the rest of life. Rosamond has little interest in medical ambition but consuming interest in the romance that she has projected onto her married life with Lydgate. The downward course of both the marriage and the medical career gives the book its darkest tones. On the other hand, the third love story in Middlemarch, which recounts the love between Rosamond's brother Fred and Mary Garth, is selfconsciously idyllic. It is disturbed only in consoling ways when the Reverend Camden Farebrother appears as a worthy rival for Mary's affections.