Meditations On The Essence Of Christianity, And On The Religious Questions Of The Day. 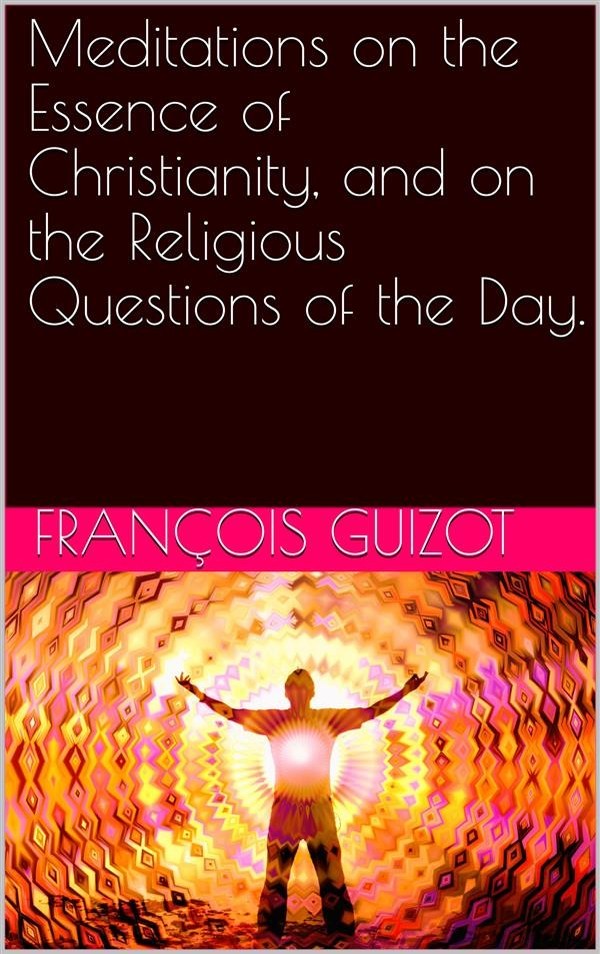 Meditations On The Essence Of Christianity, And On The Religious Questions Of The Day.

During the last nineteen centuries, Christianity has been often assailed, and has successfully resisted every attack. Of these attacks, some have been more violent, but none more serious than that of which it is, in these days, the object.

These Meditations will be divided into four series. In the first, which forms this volume, I explain and establish what constitutes, in my opinion, the essence of the Christian religion; that is to say, what those natural problems are, that correspond with the fundamental dogmas that offer their solution, the supernatural facts upon which these same dogmas repose—Creation, Revelation, the Inspiration of the Scriptures, God according to the Biblical account, and Jesus according to the Gospel narrative.

Next to the Essence of the Christian religion comes its history; and this will be the subject of a second series of Meditations, in which I shall examine the authenticity of the Scriptures, the primary causes of the foundation of Christianity, Christian Faith, as it has always existed throughout its different ages and in spite of all its vicissitudes; the great religious crisis in the sixteenth century which divided the Church and Europe between Roman Catholicism and Protestantism; finally those different anti-Christian crises, which at different epochs and in different countries have set in question and imperilled Christianity itself, but which dangers it has ever surmounted. The third Meditation will be consecrated to the study of the actual state of the Christian religion, its internal and external condition: I shall retrace the regeneration of Christianity which occurred amongst us at the commencement of the nineteenth century, both in the Church of Rome and in the Protestant churches; the impulse imparted to it at the same epoch by the Spiritualistic Philosophy that then began again to flourish, and the movement in the contrary direction which showed itself very remarkably soon afterwards in the resurrection of Materialism, of Pantheism, of Scepticism, and in works of historical criticism.

I shall attempt to determine the idea, and consequently, in my opinion, the fundamental error of these different systems, the avowed and active enemies of Christianity. Finally, in the fourth series of these Meditations I shall endeavour to discriminate and to characterise the future destiny of the Christian religion, and to indicate by what course it is called upon to conquer completely and to sway morally this little corner of the universe termed by us our earth, in which unfold themselves the designs and power of God, just as, doubtless, they do in an infinity of worlds unknown to us.