A Popular Account of Thugs and Dacoits, the Hereditary Garotters and Gang-Robbers of India 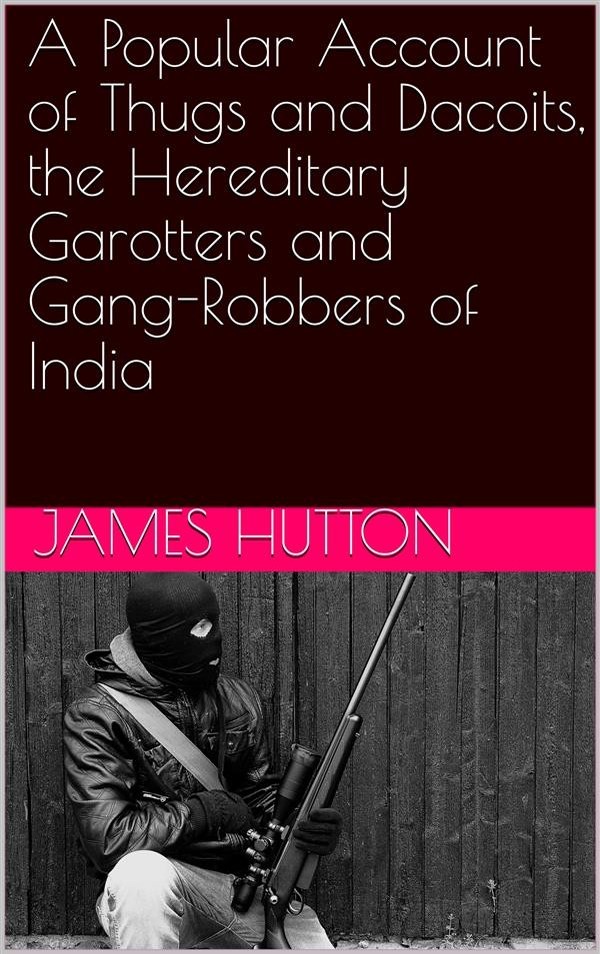 A Popular Account of Thugs and Dacoits, the Hereditary Garotters and Gang-Robbers of India

They who reverence ancient descent, and a long line of ancestors, are bound to regard the Thugs with peculiar veneration. Perhaps, neither in Asia nor in Europe are there any other families that can date their origin from such remote antiquity. They are said to be sprung from the Sagartii, who contributed 8,000 horse to the army of Xerxes, and are thus described by Herodotus, in the Seventh Book of his History:—

"These people lead a pastoral life, were originally of Persian descent, and use the Persian language; their dress is something betwixt the Persian and the Pactyan; they have no offensive weapons, either of iron or brass, except their daggers; their principal dependence in action is on cords, made of twisted leather, which they use in this manner: when they engage an enemy, they throw out these cords, having a noose at the extremity: if they entangle in these either horse or man, they without difficulty put them to death."

There is some reason to believe, that in later times the descendants of these Sagartii accompanied one of the Mahommedan invaders of India, and settled in the neighbourhood of Delhi. In the latter part of the seventeenth century, Thevenot makes mention of a strange denomination of robbers, who infested the road between that city and Agra, and used "a certain rope, with a running noose, which they can cast with so much sleight about a man's neck, when they are within reach of him, that they never fail, so that they strangle him in a trice." These vagrant plunderers were divided into seven clans or families, called Bahleem, Bhyns, Bhursote, Kachunee, Huttar, Ganoo, and Tundil, the parent stock of all the subsequent ramifications. According to tradition, they were expelled from Delhi by one of the emperors of the house of Gouree, on account of the murder of a favourite slave. Their victim had long been aware of their practices, and had connived at them, for the sake of the handsome gratuities presented as the price of his silence. But, abusing his power, and making exorbitant demands, he quickly experienced the fate of those in whose plunder he had so freely participated.