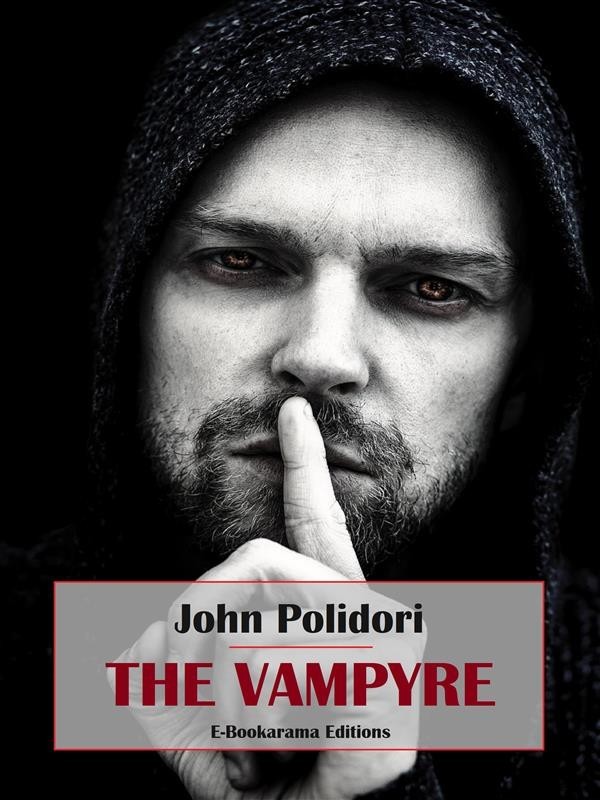 Aubrey, an orphaned young gentleman in possession of a large fortune arrives in London for the season where he meets the mysterious Lord Ruthven.  Aubrey befriends Lord Ruthven and upon discovering that Lord Ruthven is planning a trip to Europe decides to take his grand tour at the same time and travel with him.  The longer Aubrey is with Ruthven the more he discovers about him.  He decides to distance himself from Ruthven but is he already too late to save all that he holds dear from the thirst of the vampire?

"The Vampyre" is a short work of prose fiction written in 1819 by John William Polidori. "The Vampyre" was the first published story about vampires and went on to have a profound influence on famous works of fiction, including Bram Stoker's "Dracula". Hence, the work is often viewed as the progenitor of the romantic vampire genre of fantasy fiction.

Born in 1795, John Polidori shared his family's enthusiasm for literature. During his short life, Polidori became the friend and doctor or Romantic poet Lord Byron.
The two men travelled together in 1816 to Villa Diodati, Byron's home in Italy. Here, Polidori met another Romantic poet, Percy Bythe Shelley, and his fiancé, Mary Wollstonecraft Godwin. To amuse themselves one summer evening, the group decided to compose frightening stories. While Godwin wrote a first draft of what would become the Gothic novel "Frankenstein", Polidori composed "The Vampyre", although some readers mistakenly assume Lord Byron was the author.