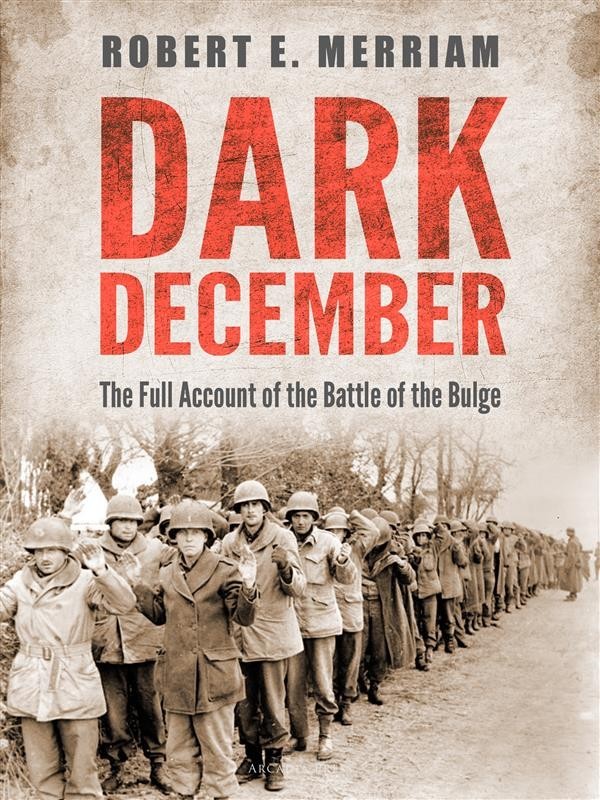 The Battle of the Bulge, first published in 1947 as Dark December, is a detailed account of the German Army's last major offensive of World War II.
Presented from both Allied and German viewpoints, the book examines events leading up to the offensive, the massive engagement of German forces against unprepared American units, and finally the turning back of the defeated German Wehrmacht. Author Robert E. Merriam, former chief of the Ardennes section of the U.S. Army Historical Division, had the unique opportunity—both during and after the battle—to interview leaders and sit in on important staff meetings. When the war ended, he was able to talk to German officers and to examine battle records of both sides.

Robert E. Merriam (1918-1988) was born in Chicago, Illinois and earned a M.A. from the University of Chicago in 1940. From 1942 to 1964, he was a captain in the United States Army.
While serving as director of the Metropolitan Housing Council in Chicago from 1946 to 1947, Merriam authored Dark December: the Full Account of the Battle of the Bulge.
From 1947 to 1955, Merriam was an alderman in Chicago and chairman of the Commission on Housing and Emergency Commission on Crime. During this period he co-authored The American Government: Democracy in Action with Charles E. Merriam. Merriam was the Republican nominee for Mayor of Chicago in 1955, but was defeated by Richard J. Daley, the Democratic nominee.
From 1955 to 1958, Merriam served as an assistant director at the U. S. Bureau of Budget. By 1958 he became the deputy director. During this period he authored Going Into Politics in 1957. Merriam ended his government career after serving as deputy assistant to the president under Dwight D. Eisenhower from 1958 to 1961.