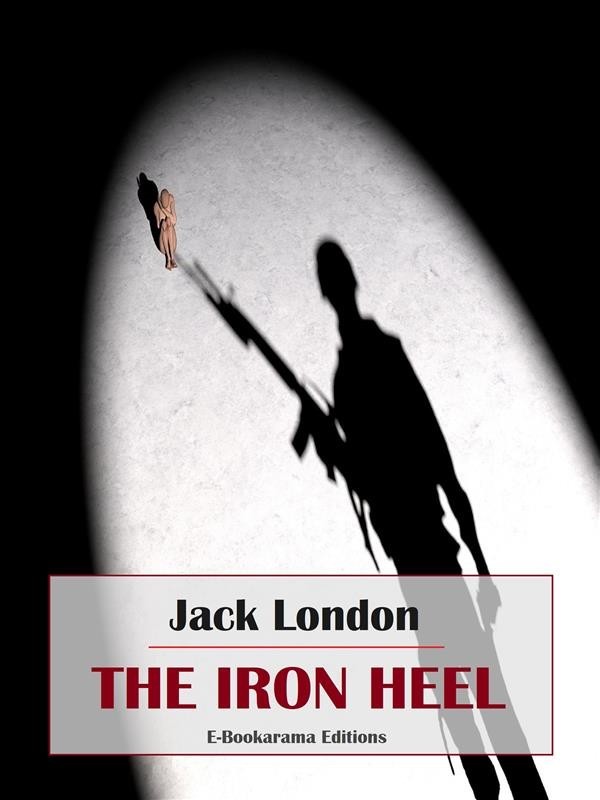 "The Iron Heel", american classic written by Jack London in 1908, is considered one of the earliest novels of modern Dystopian Fiction, which would lead to works later known as Soft Science Fiction.

Jack London, a socialist himself, portrays America under tyrannical rule, the terrible oppression of an American oligarchy at the beginning of the Twentieth Century, and the struggles of a socialist revolutionary movement.
London describes the fall of the United States to the cruel fascist dictatorship of the Iron Heel, a group of monopoly capitalists. Fearing the popularity of socialism, the plutocrats of the Iron Heel conspire to eliminate democracy and, with their secret police and military, terrorise the citizenry. They instigate a German attack on Hawaii on Dec. 4, 1912; as socialist revolutions topple capitalist governments around the world, the Iron Heel has 52 socialist members of the U.S. Congress imprisoned for treason...

"The Iron Heel" is based on Avis Everhard's fictional "Everhard Manuscript" and was written by London as a woman's first person narrative, not a common writing style at the time.