The Criticism of the Fourth Gospel / Eight Lectures on the Morse Foundation, Delivered in the / Union Seminary, New York in Octo 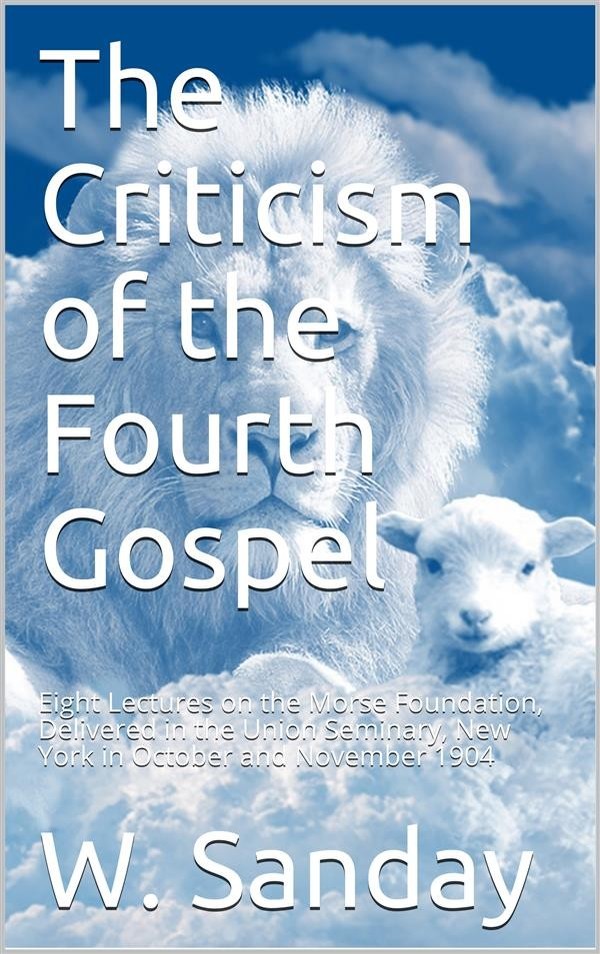 The Criticism of the Fourth Gospel / Eight Lectures on the Morse Foundation, Delivered in the / Union Seminary, New York in Octo

These lectures were delivered in accordance with the terms of the Morse foundation in the Union Theological Seminary, New York, between October 12 and November 4, 1904; and they were afterwards repeated, with some changes, in Oxford. I have tried to improve their form both while they were being delivered and since. But I have been content to state the case for the most part broadly and constructively, and have not (as I had at one time intended) burdened the pages with notes and detailed discussions.

I am conscious of inadequate treatment throughout, but especially perhaps in Lecture VII. There has been a movement of thought going on ever since the lectures were begun; and, if I am not mistaken, the burning point of the whole controversy has come to rest more and more upon the question discussed in this lecture. But on neither side has the real issue been pressed home with any thoroughness. Critical writers are in the habit of assuming with very little proof that the theology of St. John is simply a development of that of St. Paul, and that the theology of St. Paul was from one end to the other the Apostle’s own creation. I cannot think that this is a true representation of the facts; it seems to me to ignore far too much the Mother Church and that which gave its life to the Mother Church. At the same time I am quite aware that what I have given is rather a sketch for a possible answer to this question, than a really satisfactory discussion of it. There are not wanting signs that a fuller examination of the relations between the teaching of Christ on the one hand and St. Paul and St. John on the other is the next great debate that lies before us. In this debate the question of the genuineness and authenticity of the Fourth Gospel will be but an episode.

It is a matter of regret to me that the subject of these lectures should have been so predominantly controversial. I cannot help feeling the deep cleft which divides me from many of the writers whose views I have discussed—a cleft that extends to matters more fundamental still than the criticism of the Gospel. I find it in some ways a relief to think of the division between us as greater even than it is. Where there is frank and open hostility, the approaches that are made by the one side to the other are more highly valued. And from this point of view there is much in the writings of those of whom I am obliged to think as opponents that greatly appeals to me. As typical of this I may mention the pamphlet by Freiherr von Soden entitled Die wichtigsten Fragen im Leben Jesu. I have referred to this pamphlet in a note on p. 129, in terms that are not those of praise; and it true that the critical portion of the pamphlet, especially so far as it deals with the Fourth Gospel, seems to me very defective. I also cannot disguise from myself that the author explicitly denies what I should most wish that he affirmed (op. cit., p. 92). But, when I have said this, it is only just to add that I have read the concluding sections of his essay with warm respect and admiration. And what is true of this essay is true of much beside.