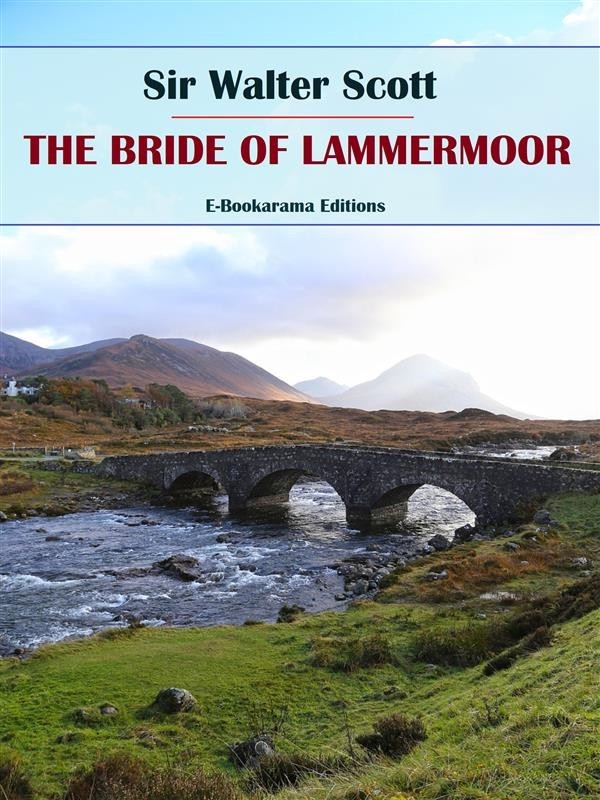 "The Bride of Lammermoor" is an historical novel by Sir Walter Scott, part of the Tales of My Landlord series, published anonymously in 1819.

Based on a true story, it is set in south-east Scotland and in the reign of Queen Anne, after the 1707 Acts of Union which joined Scotland and England. It tells of a tragic love affair between young Lucy Ashton and Edgar Ravenswood, her family's enemy. Lady Ashton sets out to end their engagement and make Lucy marry a man better placed politically.

In addition to the social implications and the political elements in this novel, the pathetic outcome, involving madness and death, appears to indicate a message about pride, extreme malleability of character (in the case of Lucy), and perhaps simply grim destiny (as suggested by the gloomy predictions that dot the text).