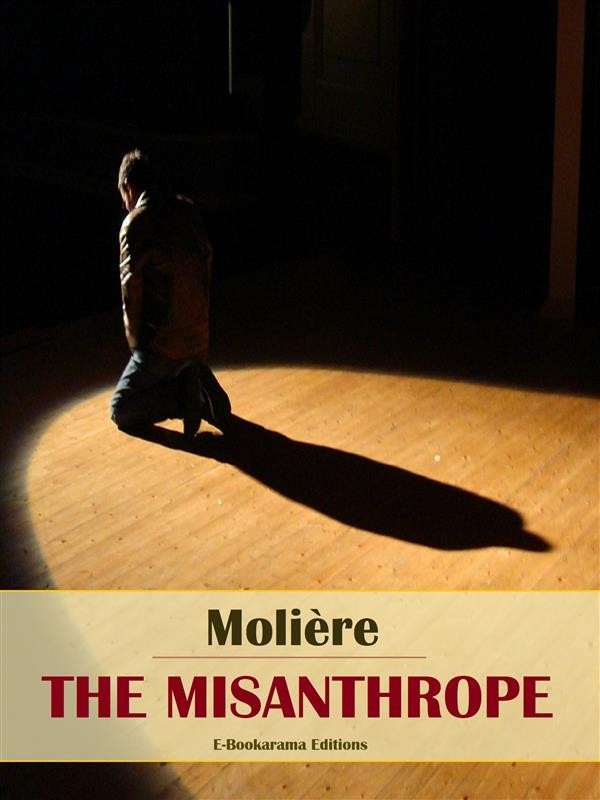 “The Misanthrope”, a comedy of manners in five acts and in verse, was written by Molière in 1666.

It is one of the best of Molière's plays — and one of the greatest of all comedies — spotlighting the absurdities of social and literary pretension.

"The Misanthrope" is set in the fashionable social milieu of seventeenth-century Paris. Alceste, the misanthrope of the title, is disgusted by the hypocrisy, injustice, and overall corruption in human society. Alceste's concern with the Issue of justice has to do with the fact that he is embroiled m several lawsuits, the outcome of which are determined not by which party is in the right but by who has the most influence in court. Nonetheless, Alceste is in love with Celimene, a young widow with a reputation for flirtation and for surrounding herself with suitors and who is a prime example of the insincerity that Alceste despises in others. In the final act, Celimene is confronted by all of her suitors for her lack of honesty when they discover that she has promised her love to each of them while ridiculing each of the others behind his back. Finally, fed up with society and fearing the consequences of various legal battles, Alceste vows to run off and live in seclusion in the wilderness.

This play satirises the hypocrisies of French aristocratic society, but it also engages a more serious tone when pointing out the flaws, which all humans possess. The play differs from other farces at the time by employing dynamic characters like Alceste and Célimène as opposed to the traditionally flat characters used by most satirists to criticise problems in society. It also differs from most of Molière's other works by focusing more on character development and nuances than on plot progression. The play, though not a commercial success in its time, survives as Molière's best-known work today. Much of its universal appeal is due to common undercurrents of misanthropy across cultural borders.