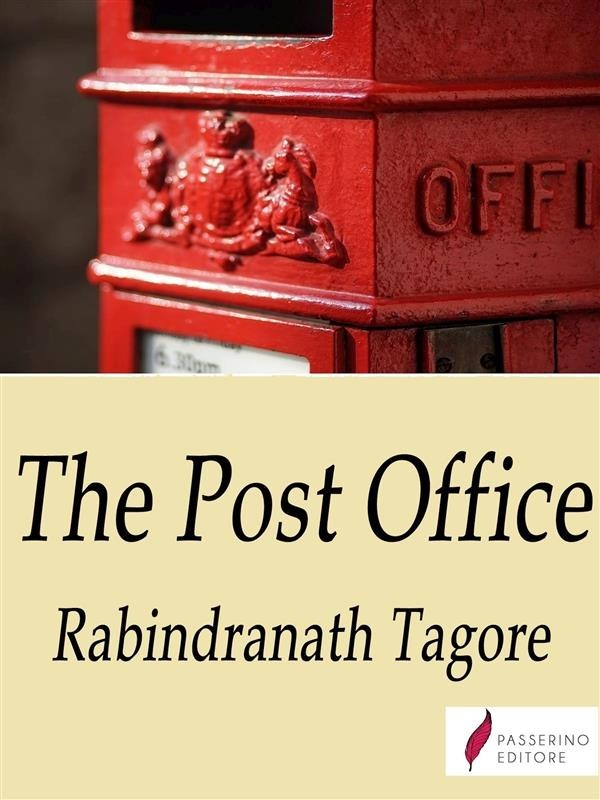 The Post Office is a 1912 play by Rabindranath Tagore. It concerns Amal, a child confined to his adoptive uncle's home by an incurable disease. W. Andrew Robinson and Krishna Dutta note that the play "continues to occupy a special place in [Tagore's] reputation, both within Bengal and in the wider world." It was written in four days.
Amal stands in Madhav's courtyard and talks to passers-by, and asks in particular about the places they go. The construction of a new post office nearby prompts the imaginative Amal to fantasize about receiving a letter from the King or being his postman. The village headman mocks Amal, and pretends the illiterate child has received a letter from the king promising that his royal physician will come to attend him. The physician really does come, with a herald to announce the imminent arrival of the king; Amal, however, dies as Sudha comes to bring him flowers.

Rabindranath Tagore (born Robindronath Thakur, 7 May 1861 – 7 August 1941), also known by his pen name Bhanu Singha Thakur (Bhonita), and also known by his sobriquets Gurudev, Kabiguru, and Biswakabi, was a polymath, poet, musician, and artist from the Indian subcontinent. He reshaped Bengali literature and music, as well as Indian art with Contextual Modernism in the late 19th and early 20th centuries. Author of the "profoundly sensitive, fresh and beautiful verse" of Gitanjali,he became in 1913 the first non-European to win the Nobel Prize in Literature.
Tagore's poetic songs were viewed as spiritual and mercurial; however, his "elegant prose and magical poetry" remain largely unknown outside Bengal. He is sometimes referred to as "the Bard of Bengal".

Translated from Bengali to English by Devabrata Mukherjee.