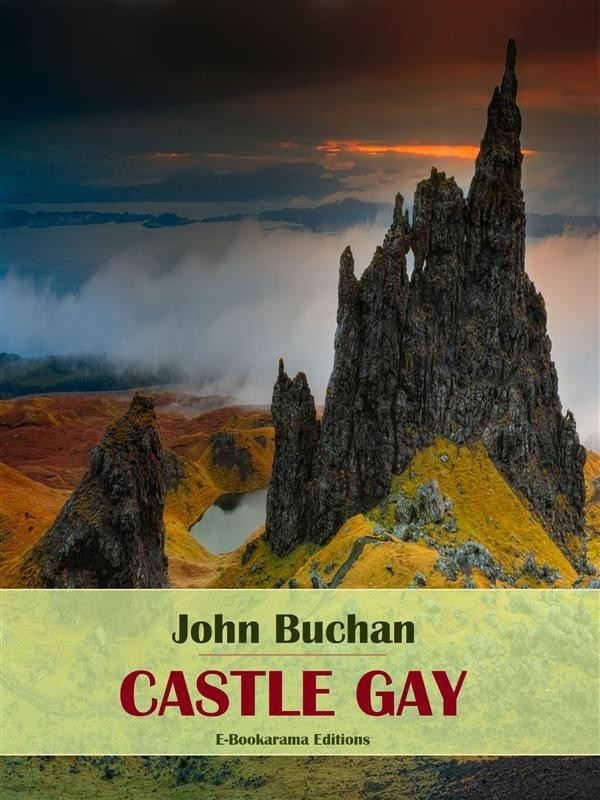 "Castle Gay", first published in 1930, is the second in the three Dickson McCunn books which began with "Huntingtower".

Six years after the end of "Huntingtower", the Gorbals Die-Hards--the gang of street boys adopted by the hobbit-like Dickson at the end of the last book--have grown up to make their way in the world. When Jaikie, on holiday from Cambridge after a hard-fought rugby battle with the Australians, and Dougal, with a pocket full of press clippings and a head full of radical political notions, set out together on a walking holiday in the Scottish countryside, the last thing they expect to stumble upon is a kidnapped newspaper magnate (who also happens to be Dougal's boss) and a sinister Eastern European conspiracy. Dougal and Jaikie join forces with a snooping journalist, an aristocratic widow, the girl next door, an exiled prince, two beagles, a terrier, and everyone's favourite grocer, Dickson McCunn, to foil the baddies and save the newspaper magnate's reputation.
And in the process, they may just end up saving his soul.