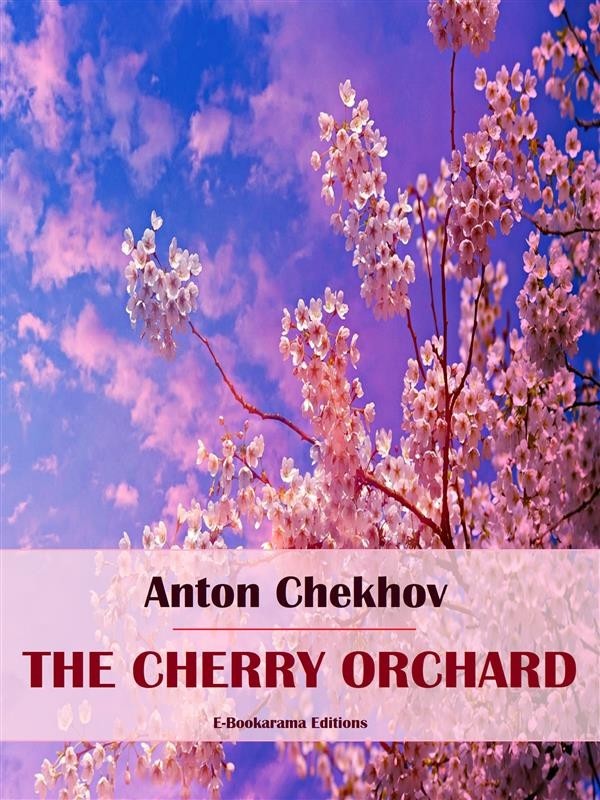 "The Cherry Orchard", first performed and published in 1904, is one of Anton Chekhov´s famous plays and is also the last.

Madame Ranevskaya, who has spent five years in Paris to escape grief over her young son’s death, returns to her home in Russia ridden with debt. She is obliged to decide how to dispose of her family’s estate, with its beautiful and famous cherry orchard. The coarse but wealthy merchant Ermolai Lopakhin suggests that Mme Ranevskaya develop the land on which the orchard sits. Eventually Lopakhin purchases the estate and proceeds with his plans for a housing development. As the unhappy Ranevskayas leave the estate...

Interestingly enough, Anton Chekhov intended for "The Cherry Orchard" to be a comedy, but the director staged it as a tragedy. The subject matter of the play is heavy, but there are comical elements, especially in regards to Madame Ranevskaya's brother's addiction to billiards.

Another interesting fact about the play is that it is the only play in which Anton Chekhov included a gun but never had the gun fired. You may have heard about Chekhov's gun, a dramatic principle which states that every single item put into a play or story should have relevance. Therefore, a playwright should never introduce a gun into a play if he doesn't intend for it to go off at some point. Filmmakers still adhere to the Chekhov's gun rule today, though Chekhov himself broke his own rule in "The Cherry Orchard".