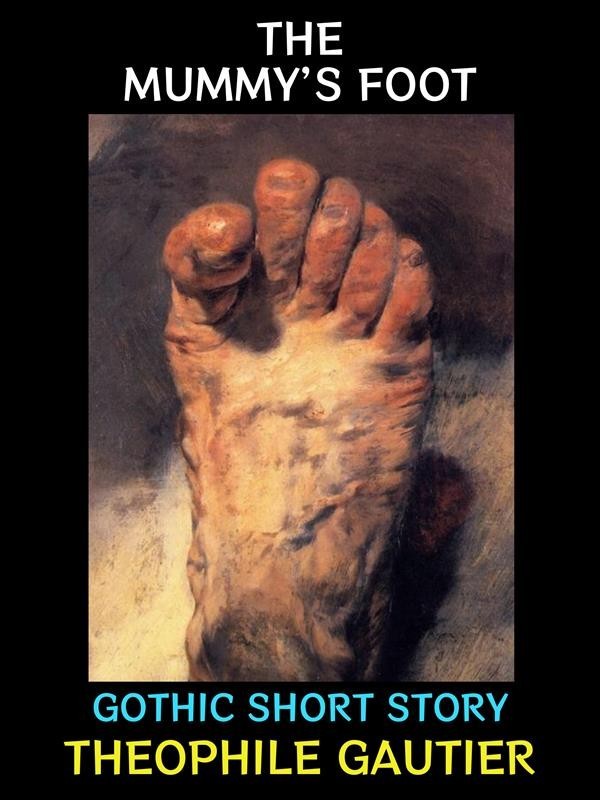 A man enters an antiques shop and buys a mummified foot which supposedly belonged to an Egyptian princess, Hermonthis. He intends to use the foot as a paperweight. In the night, he sees a vision of the princess, who explains her foot has been stolen, and he agrees to return her foot in exchange for a small statuette. The princess steals him away to Egypt where he meets her father and several other ancient pharoahs. Hermonthis' father, Xixouthros, is appropriately pleased that his daughter's foot is returned to the rest of her. Xixouthros ask what he can do in appreciation. The protagonist asks Hermonthis' hand in marriage, which is refused, as he is only 27 and Hermonthis is over 30 centuries, and deserves someone who is equally durable. The protagonist is abruptly woken from this potential dream by the arrival of a friend. Now awake, he observes that the mummified foot that was on his desk has indeed been replaced by the statuette.