The Battles of the World / or, cyclopedia of battles, sieges, and important military events 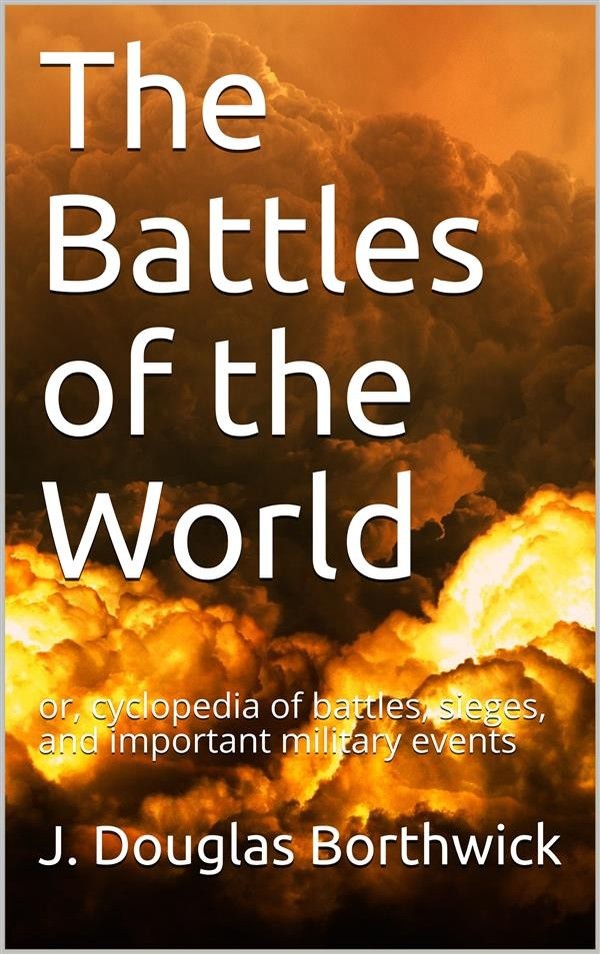 The Battles of the World / or, cyclopedia of battles, sieges, and important military events

The Origin and Institution of Military Titles, &c. &c.,

From The Creation To The Present Day.

Within the last decade of the history of Great Britain, some very important books have been added to her literature, and especially to that particular division which treats of her wars and splendid victories, during the same period. “The Fifteen Decisive Battles of the World,” by Sir E. S. Creasy, Chief Justice of Ceylon; “The Twelve Great Battles of England,” inscribed to the British Volunteers of 1860; “England’s Battles by Sea and Land,” “Russell’s Crimea and India,” “Emerson’s Sebastopol,” &c., are valuable in themselves, as describing those victories which have raised “Dear Old England” to the very first rank among the nations. But the object of the present publication embraces a larger and more extended field of research. It embraces the whole of the principal battles, by land and sea, that have EVER taken place, from the earliest recorded action of which we have in history any distinct and reliable information, to the very last event of military importance which has transpired previous to going to press.

To the people of Canada who have advanced and are advancing literature, by subscribing to and supporting literary institutions and productions, I tender my sincere thanks for all the patronage hitherto bestowed upon my humble endeavours to elevate the literature of this, my adopted country, and to perpetuate, in book form, among the “Battles of the World,” Canada’s Engagements with foreign foes—HER BATTLES BY LAND AND SEA.