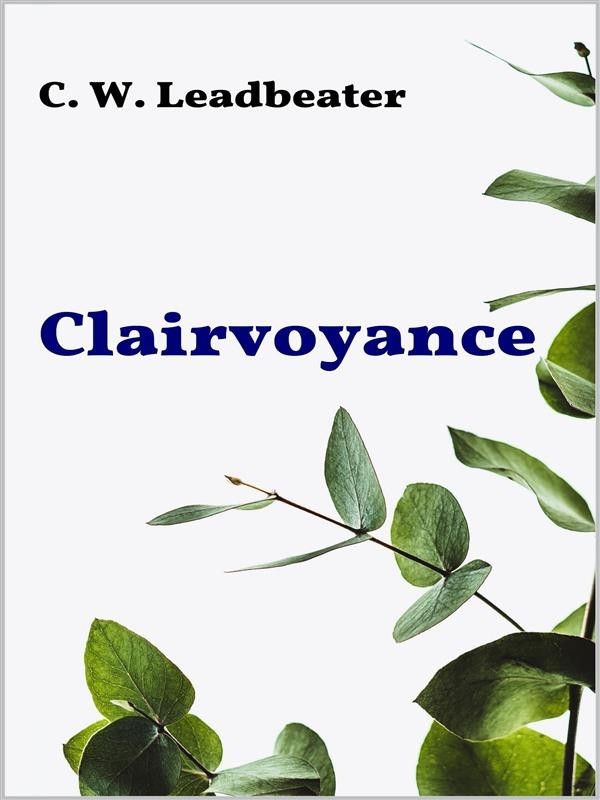 Extracted from the book:
“Clairvoyance means literally nothing more than "clear seeing", and it is a word which has been sorely misused, and even degraded so far as to be employed to describe the trickery of amounte bank in a variety show. Even in its more restricted sense it covers a wide range of phenomena, differing so greatly in character that it is not easy to give a definition of the word which shall be at once succinct and accurate. It has been called "spiritual vision", but no rendering could well be more misleading than that, for in the vast majority of cases there is no faculty connected with it which has the slightest claim to be honoured by so lofty a name. For the purpose of this treatise we may, perhaps, define it as the power to see what is hidden from ordinary physical sight. It will be as well to premise that it is very frequently (though by no means always) accompanied by what is called clairaudience, or the power to hear what would be inaudible to the ordinary physical ear; and we will for the nonce take our title as covering this faculty also, in order to avoid the clumsiness of perpetually using two long words where one will suffice…”