The Book of the Lover and the Beloved / Translated from the Catalan of Ramón Lull with an / Introductory Essay by E. Allison Pee 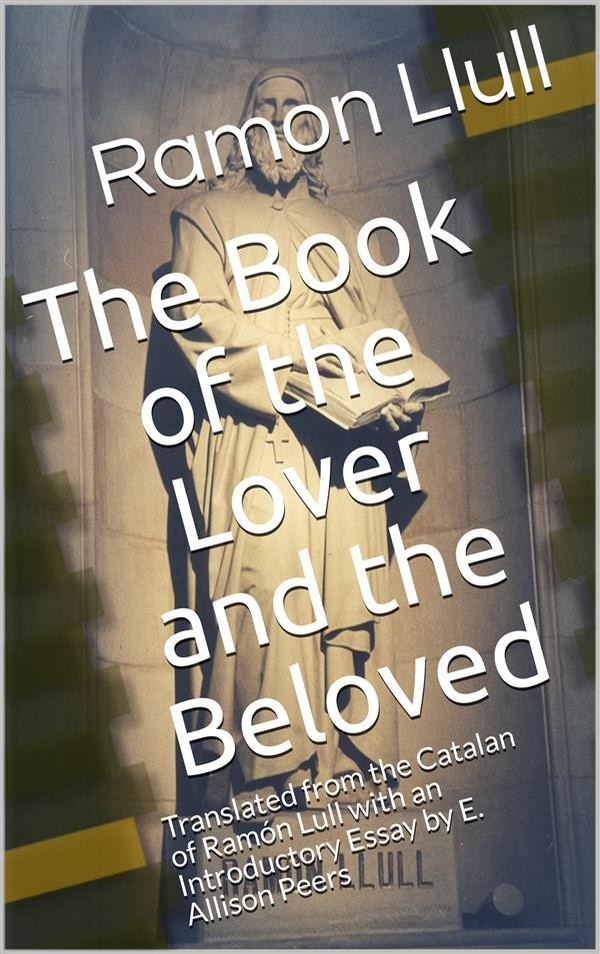 The Book of the Lover and the Beloved / Translated from the Catalan of Ramón Lull with an / Introductory Essay by E. Allison Pee

Blanquerna is a novel written around 1283 by Ramon Llull. It chronicles the life of its eponymous hero. It is the first major work of literature written in Catalan.

The novel is divided into five parts. Llull's Llibre d'Amic e d'Amat (Book of the Friend and Beloved) is often included as a semiautonomous section within Blanquerna.

The central character of the novel named after him, Blanquerna, was born to Evast and Aloma. Before marrying, Evast, a nobleman, had wanted to follow a religious life but at the same time wished to experience matrimony. He became a merchant after his marriage to Aloma, and he gives his son an education based on religious and philosophical pursuits.

In the second part of the novel, Blanquerna confronts the same choice his father did: between a celibate life and a married one. Blanquerna decides to become a hermit, which saddens his mother; she tries to have her son marry the beautiful Cana. But Blanquerna persuades Cana to become a nun, and she later becomes an abbess. Blanquerna also faces sexual temptation in the form of a maiden named Natana. This second part includes a description of the seven sins.

In parts three through five of the novel, Blanquerna, having chosen a religious life, becomes a monk (though he desires to become a hermit instead), and quickly becomes an abbot. In time, he is elected pope.

The road to the papacy is not easy; Blanquerna is constantly faced with troublesome decisions and temptations, and he is not perfect. Indeed, Blanquerna "is made credible precisely because he is prone to make mistakes and to experience temptation, and in the end this gives him an authority which other authorities are obliged to recognize." Blanquerna's life takes him through widely varying places and social strata, from uninhabited forests and wildernesses to the dense Roman urban landscape of thieves and prostitutes, from interactions with young maidens to interactions with popes and emperors.

As he matures, Blanquerna listens to the advice of a jongleur, a "wise fool" named Ramon. Blanquerna reforms the Church completely as pope, with Ramon’s help, and finally becomes the hermit he had always desired to be. As a hermit, he composes a book of meditations to help his fellow hermits defeat temptation: this is the Llibre d'Amic e d'Amat, which consists of 365 love poems. This text "purports to offer the protagonist’s mystical confessions, based on personal experience and examples of 'Sufi preachers,' as a guide to contemplation within the apostolic utopia of a reform of contemporary Christendom."