History of the Church of Jesus Christ of Latter-day Saints, Volume 6 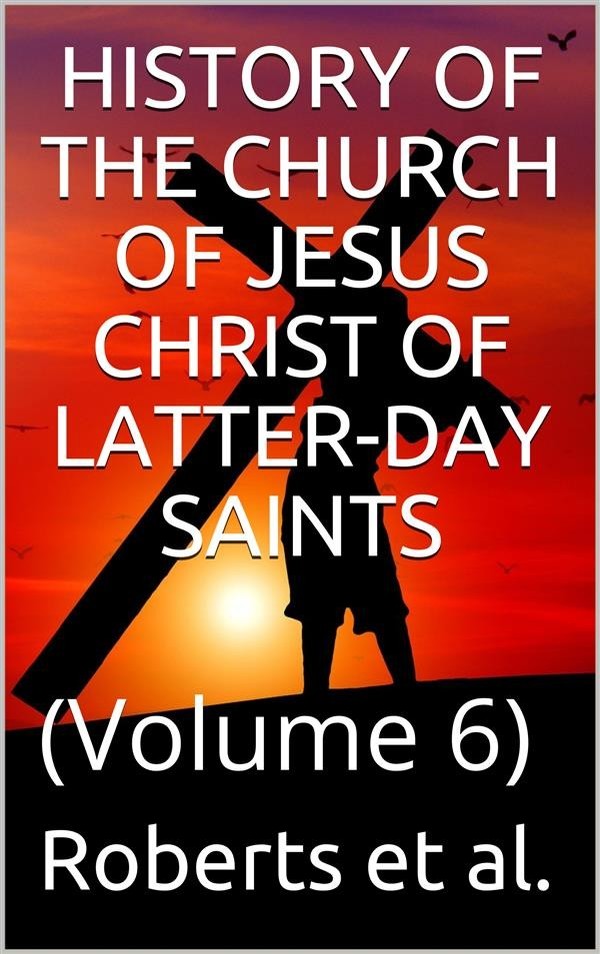 History of the Church of Jesus Christ of Latter-day Saints, Volume 6

Although Smith died in 1844, the compilation of his actions and words was not completed until 1856. Apostle Willard Richards was the chief editor of the work from 1841 until 1854. Apostle George A. Smith was the chief editor from 1854 until its completion in 1856. After Smith's death, apostle Wilford Woodruff allowed his extensive journal entries to be used to coordinate dates and clarify statements made by Smith. The completed work was read by and revised by church president Brigham Young and was published in 1858 by the Church Of Jesus Christ Of Latter-Day Saints under the title History of Joseph Smith.

The time-period covered in this sixth volume of the HISTORY OF THE CHURCH is less than one year. Nine months and twenty-eight days, to be exact; or from the 1st of September, 1843, to the 29th of June, 1844. Events within this period are therefore given in elaborate detail. The general reader and the student of our history will find in this volume a larger collection of documents, official and otherwise, covering this period, than will be found elsewhere.

This volume also closes the first Period of our Church History, the period marked off by two events: (1) the birth of the Prophet Joseph Smith; and (2) his martyrdom and that of his brother Hyrum, at Carthage, Illinois.

The Journal History of the Prophet, that great source of historical knowledge concerning the development of the New Dispensation, closes with his entry of the 22nd of June, 1844. After that, for our knowledge of the remaining events of the Prophet's life, we are dependent upon collections of data by the Church historians from public and private sources, of which collections there are two: the first extends from the 22nd of June to the 29th of that month, and forms the concluding chapters of this volume; the second begins also with the 22nd of June, and extends to the 8th of August, 1844; at which time the Twelve Apostles were sustained for the time being as the presiding council of the Church. This second collection of data by the Church historians will open Volume VII of this History.

In the present volume we see the Prophet's brave struggle against the overwhelming odds of his foes—foes within the Church, false brethren; and foes without the Church—the combination of political and sectarian enemies fixed in their determination to kill him, destroy Nauvoo, and expel the Saints from Illinois: for all these things were included in the program of the anti-Mormons of Illinois, even before the death of the Prophet was encompassed. Three score and seven years now give perspective to the stirring events in which the really great drama was enacted; and from that vantage ground of perspective said events may be reviewed to the enlightenment of those who seek to know the truth, and the injustice of the things enacted in Illinois during the closing months of the Prophet Joseph's earthly career.