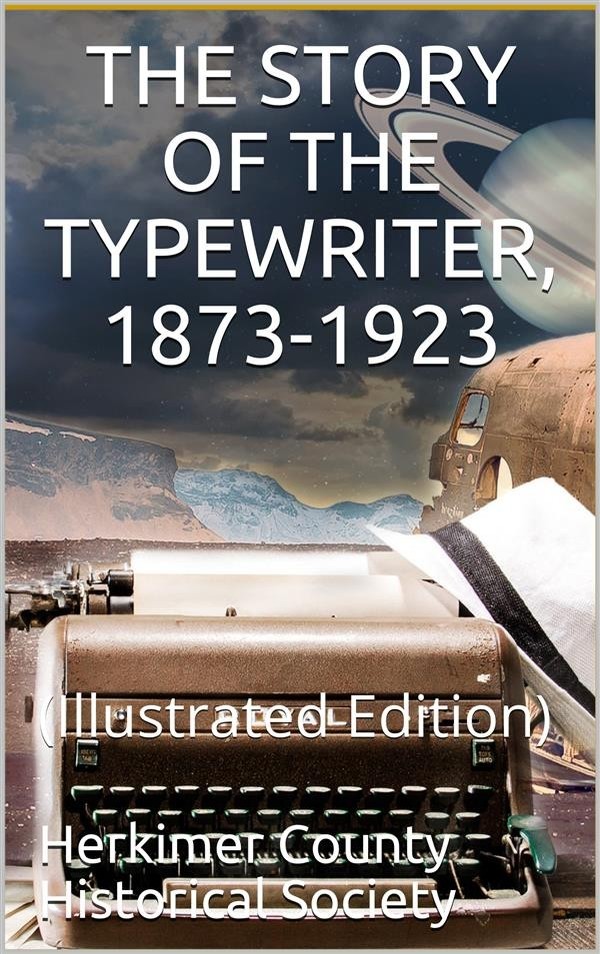 Half a century ago, in the little Mohawk Valley village of Ilion, was begun the manufacture of a machine which, in that comparatively brief period, has revolutionized intercommunication, contributed mightily to the expansion of modern business, and, what is of even greater significance, has proved the chief factor in the economic emancipation of women.

Realizing the importance of this service, the writer had the honor of suggesting to the Society and to the citizens of Herkimer County that its fiftieth anniversary be adequately observed. One step in this observance has taken the form of publishing this little volume. The data from which it was prepared has been gathered by the Society from a great variety of sources, including one man who has been identified with the history of the typewriter from its earliest days. It shows conclusively that Ilion will go down in history as the center from which, in the main, has flowed this great contribution to civilization’s progress.

The Society takes this occasion to extend an invitation to the general public to send to it any additional historical data which may serve to make our archives upon the subject more complete. We would be glad to be informed, for instance, of the names of any individuals now living, not mentioned in this volume, who have been identified in any important way with the development of the typewriting machine and its extension throughout the world during the last half century; the location and ownership of any typewriting machine which is over forty-five years old; the name and address of anyone who has been a continuous user of a typewriter for at least forty years; the location and ownership of any machine upon which any very important manuscript or public document was written. In a word, we would like to make the Herkimer County Historical Society’s archives the repository where future historians may find complete and reliable information upon the invention which was Christopher Latham Sholes’ gift to the world.