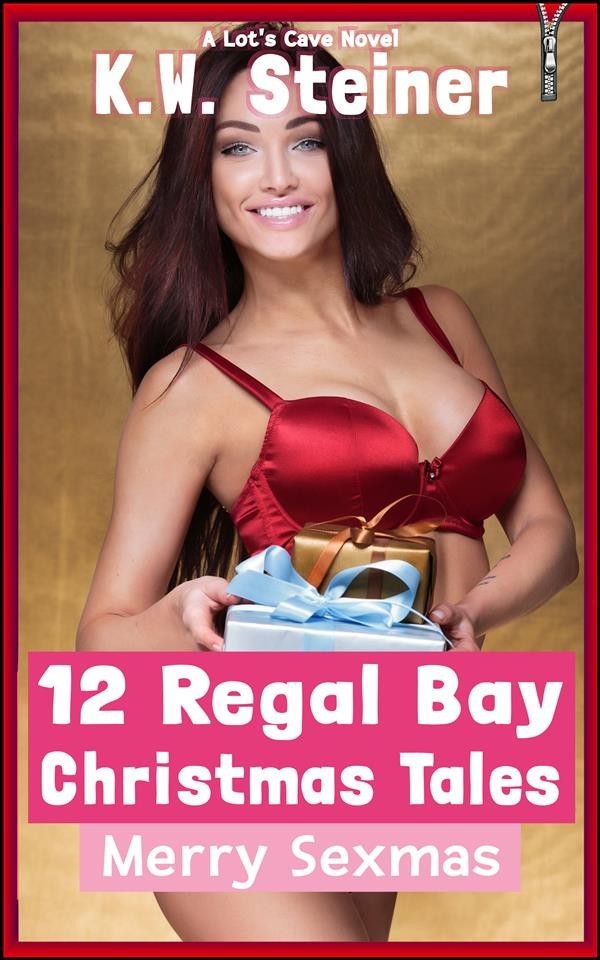 DESCRIPTION:
Welcome to X-Mas in Regal Bay! From the confessional box at St. Michael’s to the pool at the YMCA. From a Majestic Mountain meadow to a hotel room in Paris. From the great room in the mansion of one of Regal Bay’s leading citizens to the finished basement in the home of one of its lesser known. Enjoy the 12 Days of Christmas in the way that can only be found in the Sodom & Gomorrah that is today's Regal Bay. Christmas is the season for giving, and in Regal Bay, the physical pleasures of incest, cuckoldry, bestiality, group and cross-generational sex highlight the gifts given and received among her sinful, immoral residents.


EXCERPT:
She grinned and nodded. “I agree. What could anyone not in the band know about me or what I might do with my students?” She looked between the three and asked, “Do any of you believe that I would threaten my job by engaging in sexual conduct with one of my students? A member of this high school’s band?” To a man, all three shook their heads, no. She shook hers and smiled, and then said, “Well, then you’d be wrong. Because as it is, I have been engaging with students, current as well as past members of this band, in sexual activity for several years now. But I have been very selective with whom I engage with, and never have I engaged with any but seniors.” Allowing that epiphany to settle in with the three drummers, she waited a full minute before continuing.

“Do any of you three have plans for this evening? Do any of you prefer leaving my office before anything happens that you might find unsettling in the future?” As she spoke, Teagan stood up and lifted her wool sweater up and off. Beneath it she wore a short-sleeved button-up blouse, which she began unbuttoning immediately. “Did you lock the door after closing it, Mr. Daugherty?” she asked, getting a quick shake of his head before he moved to twist the lock closed.

“I take it all three of you are planning on sticking around, then,” she grinned as the last of her buttons were released. She let the blouse fall away, leaving her in only a white bra. The swell of her breasts was held up high in the slightly-too-small cups, providing the three boys with a prominence of cleavage to ogle. And they ogled her. Each had their eyes locked to her chest as she slowly reached up between her mounds to release the central clasp. She eased the cups aside until her twins were fully exposed for their visual pleasure.

The three teens took in the sight of Teagan’s naked breasts. Her globes, a natural creamy white during the winter months, were capped by pink discs with tiny eraser-head nipples slightly off-set to the top. As they watched, she cupped her tits and lifted each high, giving each a squeeze until her nipples popped outward invitingly.