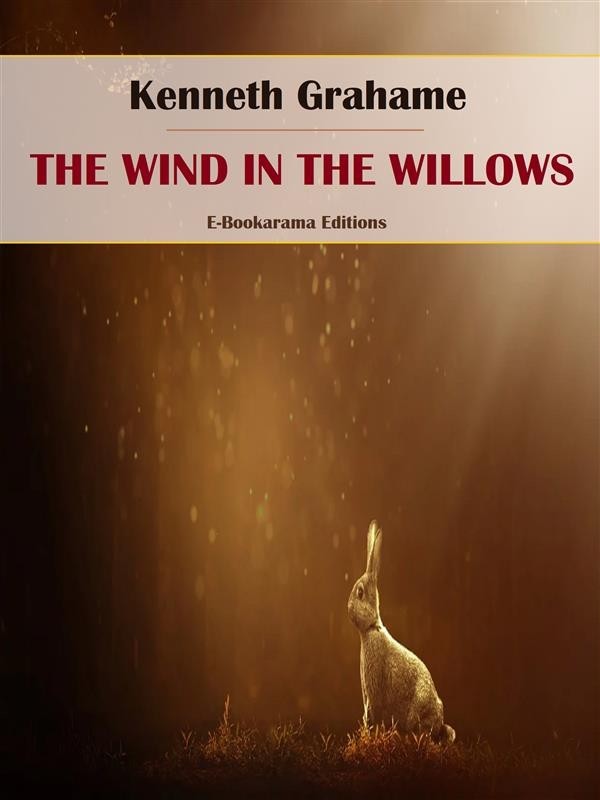 "The Wind in the Willows" is a novel written by Scottish author Kenneth Grahame first published in 1908.
Originally based on bedtime stories Grahame told his son, this novel soon grew into a beloved children's classic. The children's story uses the adventures of four anthropomorphic animals Mole, Rat, Badger, Toad, and their friends, to teach young readers larger lessons about morality.

When the novel begins, Mole is at home doing spring cleaning, and he is quite bored with it. He casts down his cleaning instruments and runs to the surface to plow through rabbits along the roads and through grasses in the meadows to the river. It is at the river that Mole meets Rat, and the two form an immediate friendship. This friendship brings Rat’s friends Badger, Otter, and Toad into the story.
The novel continues to follow the animals on their adventures and misadventures. Toad, a well-to-do heir, goes through innumerable fads such as his interest in motor-cars. However, when he steals a car, it is his undoing, He is arrested and sentenced to jail. He escapes from jail disguised as a washer-woman. Meanwhile, the other animals must deal with the bad reputations they have for being Toad's friend.Toad’s home is taken over by menacing animals from the Wild Woods, and the four friends rally together to save the house. With the Wild Wooders driven away, Toad turns over a new leaf and becomes a respectable aristocrat. He is loved and admired by many. He deepens his friendship with Mole, Rat, and Badger; and, the four often take long walks and live well thereafter.