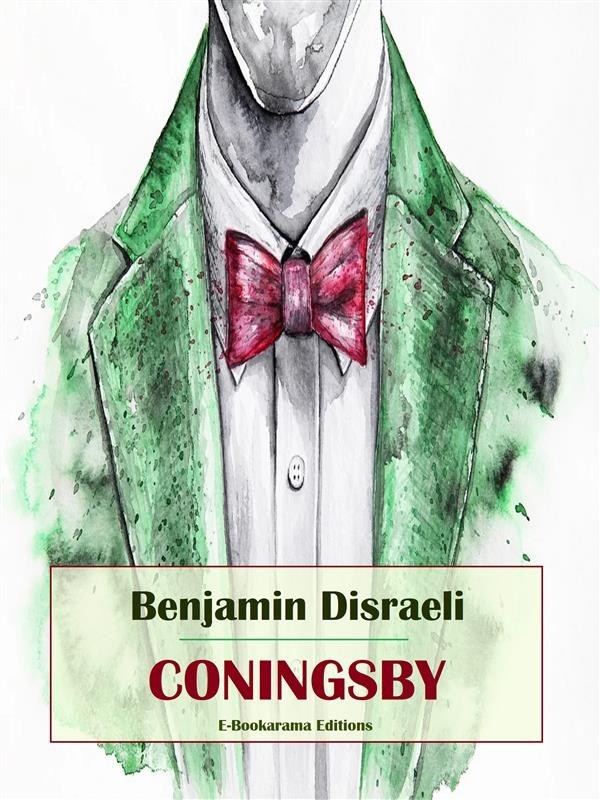 "Coningsby" (AKA "The New Generation"), is a political novel by Benjamin Disraeli published in 1844. It is the first novel in Disraeli’s trilogy completed by "Sybil" (1845) and "Tancred" (1847) and it is considered his best. Disraeli declares that his purpose in the trilogy was to describe the influence of the main political parties on the condition of the people, and to indicate how those conditions might be improved.

"Coningsby" follows the fortunes of Harry Coningsby. The high‐spirited and generous Coningsby, whose parents both die, is sent to Eton by his wealthy grandfather, Lord Monmouth, who represents the old type of oppressive Tory aristocrat. There Coningsby saves the life of his friend Oswald Millbank, the son of a Lancashire manufacturer, detested by Monmouth. At Cambridge and thereafter Coningsby develops political and social ideals and meanwhile falls in love with Oswald's sister Edith. His behaviour angers Monmouth. When he dies Coningsby finds he has been disinherited and has to work in the Inns of Court. Gradually Millbank, who had opposed Coningsby's marriage to his daughter, realizes the young man's worth; he helps him to stand for Parliament and sees him returned. Edith and Coningsby are married and Coningsby's fortunes are restored

"Coningsby" traces the waning of the Whigs and the Tories and the nascency of the Conservative party. Above all, "Coningsby" is a tribute to a political group called Young England, which hoped for an alliance of the nobility and the common people, and whose opposition to Whiggery and whose concern at the treatment of the poor and the injustice of the franchise is strongly reflected in the narrative.

Benjamin Disraeli, (1804 – 1881) was a British Conservative politician, writer and aristocrat who twice served as Prime Minister. He played a central role in the creation of the modern Conservative Party, defining its policies and its broad outreach. Disraeli is remembered for his influential voice in world affairs, his political battles with the Liberal leader William Ewart Gladstone, and his one-nation conservatism or "Tory democracy". He made the Conservatives the party most identified with the glory and power of the British Empire.