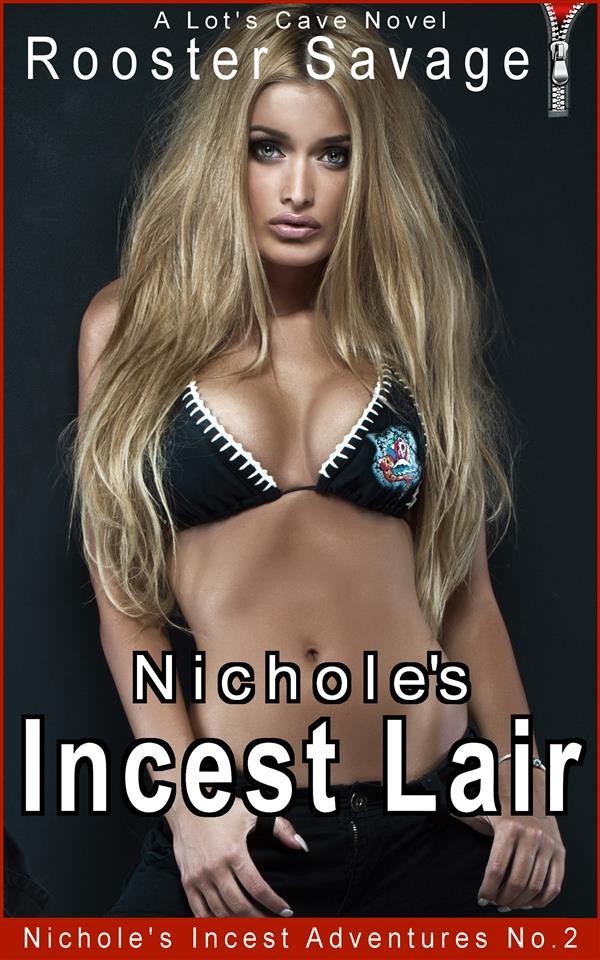 DESCRIPTION:
Nichole and Jake renewed their brother-sister incest relationship of ten years ago. Naturally, in order to have privacy, they bought a small apartment. Now it was time for a little brother-sister housewarming party! And Nichole, growing hot and set, bathed in strategically placed red lights, was ready to really, really spoil her older brother's ten-inches-long manhood!

No, Nichole said to herself with a sense of urgency. She knew what was about to happen. Her brother will ejaculate in several minutes! All that seed accumulating in his balls will erupt in vain, showering all over his body.

And that was something Nichole had no intention of allowing! No, sir!

Dropping the jacket on the softly carpeted floor, Nichole catwalked to her brother, her hips swaying. She went down on her knees, still dressed. She placed her hands on her brother’s knees. She licked her lips. Smiling at his tormented face, she bent forward.

Nichole placed a long, wet kiss on the tip of Jake’s trembling cock.

Nichole trembled herself. Her pussy was getting moist. She licked drops of precum oozing from the small opening on the tip of Jake’s cock. She run her tongue across the shiny head.

Jake wanted to rise, but Nichole pushed him back into the armchair.

“Relax,” she purred. Her big brother, knowing well what is good for him, obeyed. Nichole took his long vibrant cock between her hands. She caressed it gently with her palms. Then she wrapped the fingers of both her hands around the shaft and continued stroking his prick.

“Let me fuck you,” Jake moaned.

“No”, Nichole refused. “It would be a short fuck. And I don’t like short fucks.”

“I’ll come,” he pleaded, sighing at the gentle tricks Nichole played with her hands on his man meat.