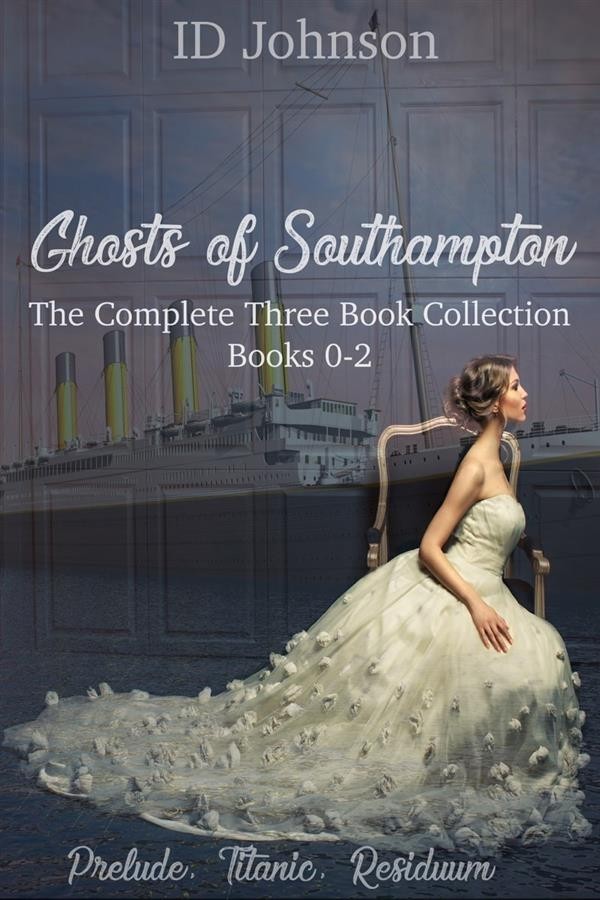 This box set includes the complete Ghosts of Southampton series, Books 0, 1, and 2!

Meg and Charlie meet on Titanic, but their lives were intertwined long before they ever stepped foot on the doomed ship. Follow their story from the very beginning.

Prelude: A Prequel Book 0
An arranged marriage, an abusive family, a dream of freedom in America just out of reach....
After Meg Westmoreland’s father mysteriously dies when she’s a small child, her life quickly spirals out of control. Her mother is mean and manipulative, her uncle abusive in a way Meg won’t even speak of. Getting away from them becomes an obsession. When she discovers she’s been promised to a wealthy American, she’ll do whatever she must to flee the only home she’s ever known in Southampton, hoping for a new life in America and a chance to start over, even if it means leaving behind the wealthy, high-society life she’s grown accustomed to.
For most of his life, Charles Ashton has known that his father arranged for him to marry Meg. Even though the temptations of being young and rich beckon him, he believes in keeping promises. However, his attempts at meeting Meg are thwarted at every turn, and eventually, Charlie begins to wonder if Meg even exists at all.
Ultimately, destiny’s plan will be revealed and their worlds will collide aboard a passenger liner named Titanic. Prelude reveals how Meg and Charlie came to find themselves aboard the most famous ship in history and asks the question--can you control your own fate?

Titanic: Book 1
You can't outrun your past, not even aboard the Ship of Dreams....
Meg never dreamt she would find herself aboard Titanic, dressed in the borrowed clothes of her lady-in-waiting, hiding from her family, running from her haunting past. Now that she finally has the opportunity to escape it all, she realizes the man she has been engaged to for three years is also aboard the ship.  Their marriage was arranged by their fathers long ago, and since they've always had the Atlantic Ocean between them, Meg is able to continue her charade. However,  if Charlie discovers her true identity, she will end up breaking his heart all over again. And the more time Meg spends with Charlie, the more she realizes she's made a terrible mistake; she never should have ran away from him to begin with.
Will Meg find a way to reveal her true identity without destroying their blossoming relationship, or will her last chance at true love end up in the abyss?
Residuum: Book 2
Nothing drowns out the sound of drowning....
The survivors of Titanic arrive in New York City on a rainy April morning, but being back on dry land doesn't end the terror, and for some of the passengers, the nightmares are just beginning.
Having escaped her haunting past in Southampton, Meg Westmorland knows she should be excited to start her new life in New York City as millionaire Charlie Ashton's fiancée. However, Titanic has scarred both of them, and part of her wants to escape into the night, to start her new life all over again. Meg knows she must find the strength to help Charlie recover from Titanic and face the demons of her past, which includes going back to Southampton to face her mother and uncle. Will she stay by Charlie's side or look for another way to dissolve their arranged marriage?
The voices in Charlie's head are ever-present, and after a while, he begins to think he's losing his mind. How can he give his new fiancée  the attention she deserves when thoughts of Titanic are constantly replaying? Will he end up losing Meg all over again?