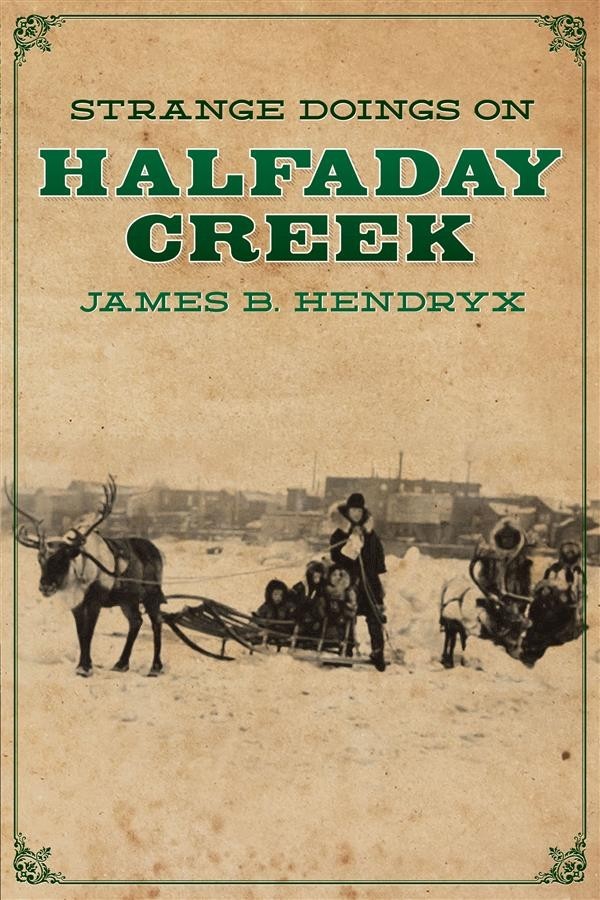 Cushing’s Fort on Halfaday Creek is conveniently located in Canadian territory close to the border of United States territory, so that men in ill repute with the Mounted Police can elude them easily. There are “outlaws” of Halfaday Creek live, a band of doughty prospectors ruled by their self-appointed czar, Black John Smith, one of many John Smiths that inhabit that notorious lair.Law and order, however, are nowhere so well maintained as on Halfaday Creek, and Black John dispenses justice with the wisdom of a Solomon and a heart as big as the biggest nugget ever found in the gold rush days. Murder is one of the minor hangable offenses there; skullduggery, connivin’ and conspirin’ are punished by the rope, after a miners’ meeting passes an irrevocable sentence. Confidence men, city slickers, anyone who would take advantage of another man, woman or child, are dealt with sharply, and with a geniality that disarms evildoers unfamiliar with Black John’s swift, efficient legal procedure.In this warmhearted and humorous chronicle of strange doings on Halfday, Corporal Downey of the Mounted and Black John and Old Cush punish some murderers, claim robbers and scoundrels who have made the mistake of assuming that the “outlaws” are not men of honor. Black John needs no introduction to his many admirers; he is one of out most honest and lovable rogues.