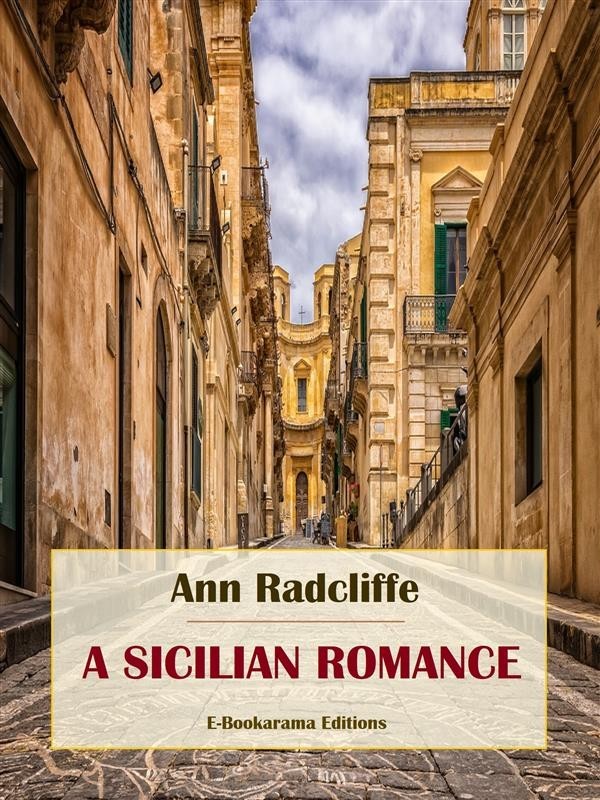 "A Sicilian Romance" was Ann Radcliffe's second novel published in 1790.
In "A Sicilian Romance", Radcliffe began to forge the unique mixture of the psychology of terror and poetic description that would make her the great exemplar of the Gothic novel, and the idol of the Romantics. This early novel explores the cavernous landscapes and labyrinthine passages of Sicily's castles and convents to reveal the shameful secrets of its all-powerful aristocracy.

"A Sicilian Romance" centres on a pair of sisters, Julia and Emilia, living in Sicily. Their mother is supposed to have died, and they are raised in part by their cruel stepmother. Julia is the focus of the narrative's action. She falls in love with Hippolitus, but her father, who is stern and dominating, wants her to marry the Duke de Luovo. With the help of some servants, Julia escapes the castle where her family lives with the plan to elope with Hippolitus. Their plan is foiled, however, and Hippolitus is captured. Julia runs away again and hides out in a confusing system of subterranean caverns. After much intrigue involving flight and pursuit, Julia ends up in an uninhabited wing of her family´s home. She finds out that her mother...