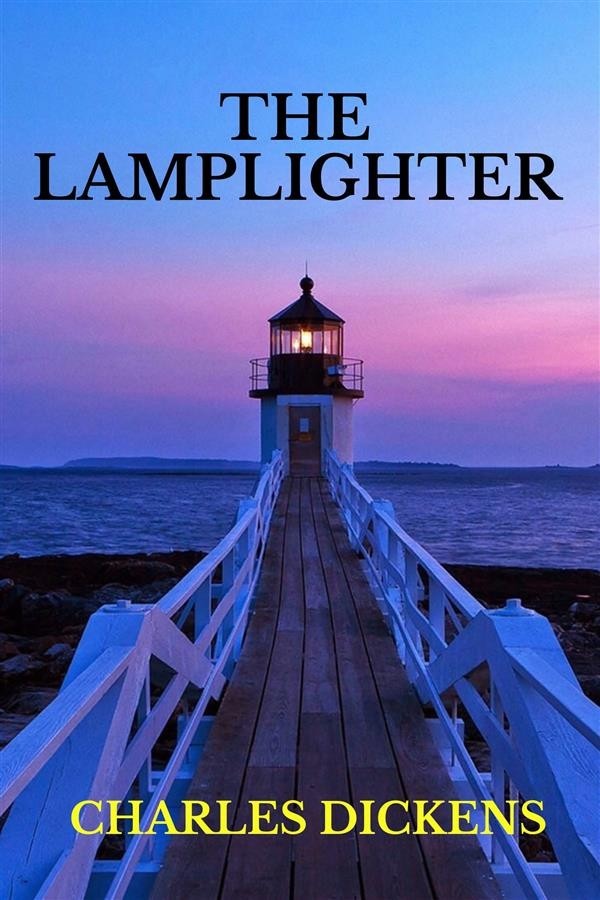 The Lamplighter is a short story by Charles Dickens. Charles John Huffam Dickens (7 February 1812 – 9 June 1870) was an English writer and social critic. He created some of the world's most memorable fictional characters and is generally regarded as the greatest novelist of the Victorian period. During his life, his works enjoyed unprecedented fame, and by the twentieth century his literary genius was broadly acknowledged by critics and scholars. His novels and short stories continue to be widely popular. Born in Portsmouth, England, Dickens was forced to leave school to work in a factory when his father was thrown into debtors' prison. Although he had little formal education, his early impoverishment drove him to succeed. Over his career he edited a weekly journal for 20 years, wrote 15 novels, five novellas and hundreds of short stories and non-fiction articles, lectured and performed extensively, was an indefatigable letter writer, and campaigned vigorously for children's rights, education, and other social reforms. Dickens sprang to fame with the 1836 serial publication of The Pickwick Papers. Within a few years he had become an international literary celebrity, famous for his humour, satire, and keen observation of character and society. His novels, most published in monthly or weekly installments, pioneered the serial publication of narrative fiction, which became the dominant Victorian mode for novel publication. The installment format allowed Dickens to evaluate his audience's reaction, and he often modified his plot and character development based on such feedback. For example, when his wife's chiropodist expressed distress at the way Miss Mowcher in David Copperfield seemed to reflect her disabilities, Dickens went on to improve the character with positive features. Fagin in Oliver Twist apparently mirrors the famous fence Ikey Solomon; His caricature of Leigh Hunt in the figure of Mr Skimpole in Bleak House was likewise toned down on advice from some of his friends, as they read episodes. In the same novel, both Lawrence Boythorne and Mooney the beadle are drawn from real life—Boythorne from Walter Savage Landor and Mooney from 'Looney', a beadle at Salisbury Square. His plots were carefully constructed, and Dickens often wove in elements from topical events into his narratives. Masses of the illiterate poor chipped in ha'pennies to have each new monthly episode read to them, opening up and inspiring a new class of readers.