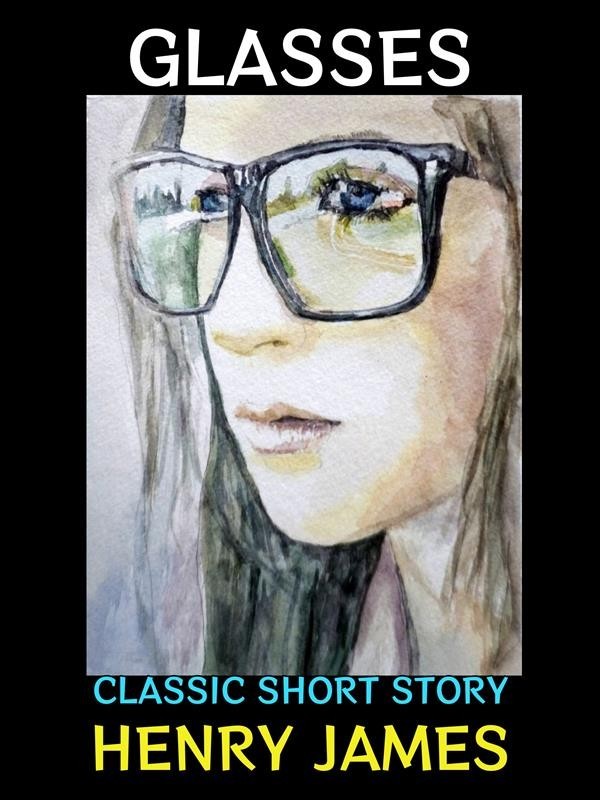 Glasses by Henry James. Glasses is story by Henry James. A young woman whose only asset is a supremely beautiful face is about to make a society marriage until her fiance discovers that, being virtually blind, she needs thick glasses which ruin her looks. The anonymous narrator, a bachelor artist, visits Folkestone and sees a young woman with an astonishly beautiful face. From a friend, the widowed Mrs Meldrum who has to wear disfiguring glasses, he learns that she is Flora Saunt, an orphan. She has an admirer in Lord Iffield, heir to a country estate but not very bright. Another admirer, also well off, is Geoffrey Dawling, who is intelligent and sympathetic but not good looking. Flora agrees to sit for a portrait by the narrator, who discovers that, having little money or brain, her only goal in life is to acquire a husband. After she succeeds in getting engaged to Iffield, the narrator sees the two in a London shop where, to inspect an item, she surreptitiously uses a pince-nez. Momentarily, the beauty of her face is ruined. Revisiting Folkestone later, in the distance he sees a woman in corrective glasses who he takes to be Mrs Meldrum. In fact, to the embarrassment of both, it is Flora. Dropped by Iffield when he realised her sight was failing, she has been given a home by the kindly Mrs Meldrum. Some time later in London, the narrator attends a performance of Lohengrin. In a box, he sees a beautiful woman wearing expensive jewels who he thinks must be Flora. She points her opera glasses at him and smiles. Going up to her box and kissing her hand in greeting, he realises she is now blind. Geoffrey, her loving husband whose lack of looks she cannot see, rejoins the two.