Charles W. Quantrell / A True Report of his Guerrilla Warfare on the Missouri and / Kansas Border During the Civil Was of 1861 t 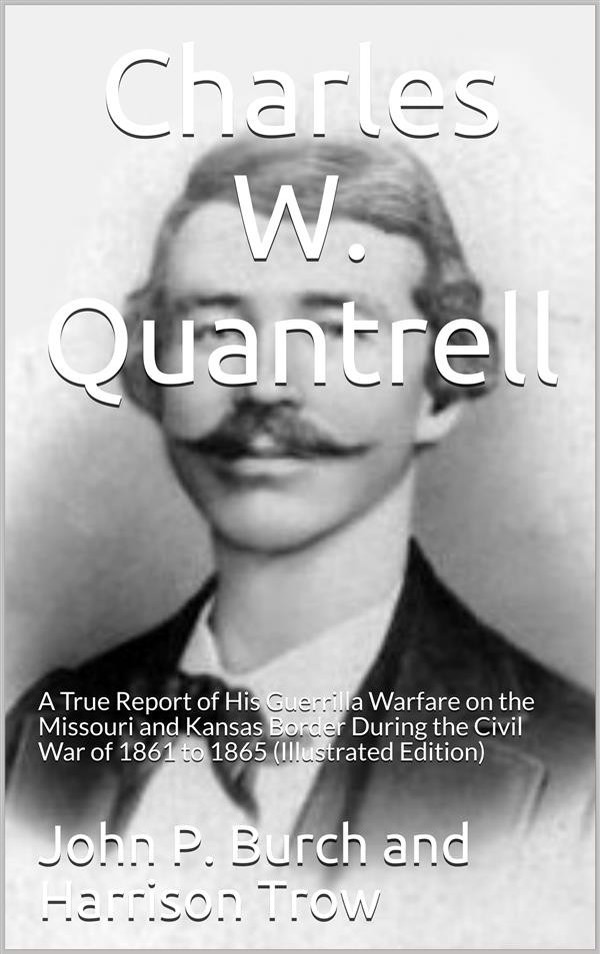 Charles W. Quantrell / A True Report of his Guerrilla Warfare on the Missouri and / Kansas Border During the Civil Was of 1861 t

Having endured a tempestuous childhood before later becoming a schoolteacher, Quantrill joined a group of bandits who roamed the Missouri and Kansas countryside apprehending escaped slaves. Later on this group became Confederate soldiers, who were referred to as "Quantrill's Raiders". This group was a pro-Confederate partisan ranger outfit best known for their often brutal guerrilla tactics, which made use of effective Native American field skills. Also notable, William's group included the infamous young Jesse James and his older brother Frank James. Quantrill is often noted as influential in the minds of many bandits, outlaws and hired guns of the Old West as it was being settled. In May 1865, Quantrill was mortally wounded by Union troops in Central Kentucky, in one of the last engagements of the Civil War.

In 1861, Quantrill went to Texas with a slaveholder named Marcus Gill. There they met Joel B. Mayes and joined the Cherokee Nations. Mayes was a half Scots-Irish, half Cherokee Indian Confederate sympathizer and a war chief of the Cherokee Nations in Texas. He had moved from Georgia to the old Indian Territory in 1838. Mayes enlisted and served as a private in Company A of the 1st Cherokee Regiment in the Confederate army. It was Mayes who taught Quantrill guerrilla warfare tactics. He would learn the ambush fighting tactics used by the Native Americans as well as sneak attacks and camouflage. Quantrill, in the company of Mayes and the Cherokee Nations, joined with General Sterling Price and fought at the Battle of Wilson's Creek and Lexington in August and September 1861.

Quantrill deserted General Price's army and went to Blue Springs, Missouri, to form his own "Army" of loyal men who had great belief in him and the Confederate cause; they came to be known as "Quantrill's Raiders". By Christmas of 1861, he had ten men who would follow him full-time into his pro-Confederate guerrilla organization. These men were: William Haller, George Todd, Joseph Gilcrist, Perry Hoy, John Little, James Little, Joseph Baughan, William H. Gregg, James A. Hendricks, and John W. Koger. Later in 1862, John Jarrett, John Brown (not to be confused with the abolitionist John Brown), Cole Younger, as well as William T. "Bloody Bill" Anderson and the James brothers would join Quantrill's army.