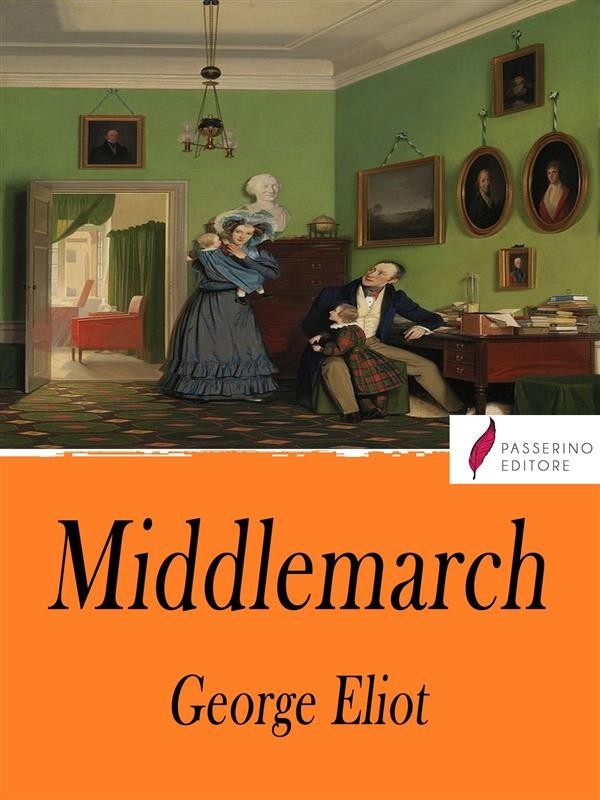 Middlemarch, A Study of Provincial Life is a novel by the English author George Eliot (Mary Anne Evans), appearing in eight instalments (volumes) in 1871 and 1872. Set in a fictitious Midlands town from 1829 to 1832, it follows distinct, intersecting stories with many characters. Issues include the status of women, the nature of marriage, idealism, self-interest, religion, hypocrisy, political reform, and education. Despite comic elements, Middlemarch uses realism to encompass historical events: the 1832 Reform Act, early railways, and the accession of King William IV. It views contemporary medicine and examines reactionary views in a settled community facing unwelcome change. Eliot began writing the two pieces that would form the novel in 1869–1870 and completed it in 1871. Initial reviews were mixed, but it is now seen widely as her best work and one of the great novels in English.