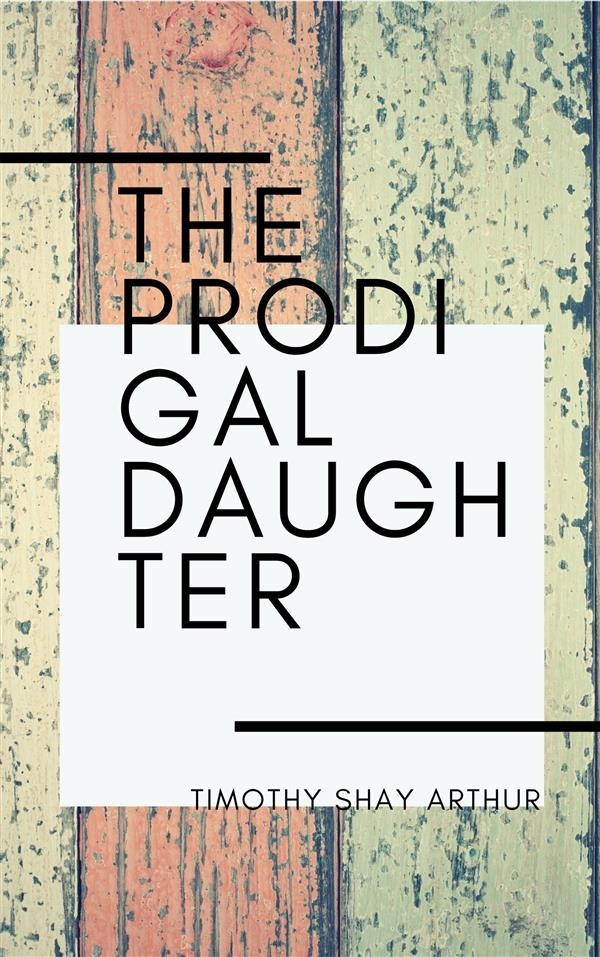 The Prodigal Daughter is a message of meditation based on the Bible and written by Timothy Shay Arthur (June 6, 1809 – March 6, 1885) known as T. S. Arthur was a popular 19th century American author. He is famously known for his temperance novel Ten Nights in a Bar-Room and What I Saw There (1854), which helped demonize alcohol in the eyes of the American public. His stories,written with compassion and sensitivity articulate and spread values and ideas that were associated with “respectable middle class “ life in America. He also believed greatly in the transformative and restorative power of love as is shown in one of his stories, "An Angel in Disguise".

He was also the author of dozens of stories for Godey's Lady's Book, the most popular American monthly magazine in the antebellum era, and he published and edited his own Arthur's Home Magazine, a periodical in the Godey's model, for many years. Virtually forgotten now, Arthur did much to articulate and disseminate the values, beliefs, and habits that defined respectable, decorous middle-class life in antebellum America.

Born just Newburgh, New York, Arthur lived as a child in nearby Fort Montgomery, New York By 1820, Arthur's father, a miller, had relocated to Baltimore, Maryland, where Arthur briefly attended local schools. At age fourteen, Arthur apprenticed to a tailor, but poor eyesight and a general lack of gratitude for physical labor led him to seek other work. He then found employment with a wholesale merchandiser and later as an agent for an investment concern, a job that took him briefly to Louisville, Kentucky. Otherwise, he lived as a young adult in Baltimore.