The Aqidah and Manhaj of Ahlul Sunnah wal Jama'ah 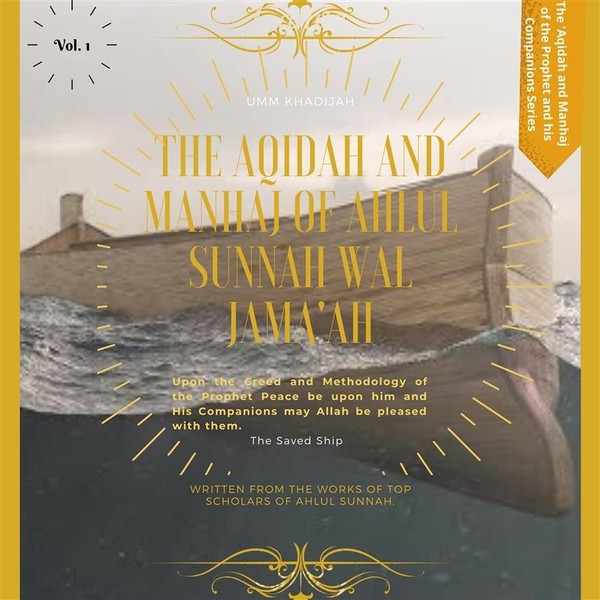 The Aqidah and Manhaj of Ahlul Sunnah wal Jama'ah

The beneficial book "The Aqidah and Manhaj of Ahlul Sunnah wa Jama'ah:Upon the Creed and Methodology of the Prophet Peace be upon him and His Companions may Allah be pleased with them,The Saved Ship" explains the creed and methodology of Ahlul Sunnah in simple terms utilizing the original sources  with evidence from the Quraan and authentic Hadith based on the understanding of the companions,the best early Muslim generation,and upon the creed and methodology of the Prophet and his companions.Ahlul Sunnah continue to utilize as evidence for their works and beliefs that which has been authentically reported from the Messenger of Allah.This work includes the contributions Iliyasa and the world’s top, leading, well-reputed and prominent scholars such as the noble scholar,the Muhaddith,the 'Allāmah,the Custodian of the Sunnah Imaam Muḥammad Naaṣir al-Dīn al-Albaanī,Dr. Saalih Ibn Fawzaan al-Fawzaan,the noble Shaykh Dr. ‘Abdur-Razzaq Ibn ‘Abdul-Muhsin al-‘Abbaad,the noble Shaykh ‘Abdul-‘Aziz Ibn Baaz,the noble Shaykh Muhammad as-Salih al-‘Uthaymin,Shaykh-al-Islaam Taqiyy-ud-Din Ahmad ibn ‘Abdul Halim ibn ‘Abdus-Salaam ibn Taymiyyah,Imaam Shamsuddin Muhammad bin Abi Bakr Ibn Qayyim aj-Jawziyah, the noble Shaykh Abu Muhammad al-Hasan ibn ‘Ali ibn Khalf al Barbahaari,Shaykh Muhammad  ibn ʻUmar ibn Sālim Bazmul,Shaykh Muḥammad Ibn Jamīl Zaynū,Shaykh Muhammad bin Abdul Wahhaab,Shaykh 'Abdur-Rahman ibn Nasir ibn 'Abdullah as-Sa'di,Shaykh 'Abdus-Salaam As-Suhaymi, Abū Muhammad al-Maqdisī,Imaam Abi Uthmaan Isma’il bin Abdir-Rahmaan As-Saabuni, Imam Tahawi, etc. The scholars of the Sunnah continue, generation after generation, to call to following the Prophet peace be upon him and his companions, emulating them as an example, and traversing upon their path. Az-Zuhri said,"Those who passed of our predecessors used to say: 'The adherence to the Sunnah is a rescue.' Allah says, " And when you have embarked on the ship,you and whoever is with you, then say: "All the praises and thanks be to Allah, Who has saved us from the people who are Dhalimun (i.e. oppressors, wrong-doers, polytheists, those who join others in worship with Allah, etc.) (Surah Al-Mu'minun, 23:28). Maalik (may Allah have mercy upon him) said that the Sunnah is like the ark of Nuh, whoever rides it will be rescued and whoever misses it will be drowned.Holding fast to As-Sunnah is a salvation.The Messenger of Allah peace be upon him when asked about the group that would be saved, said:The one that adheres to what I and my Companions adhere to.Shaykh Muhammad Nâsir ud-Dîn al-Albânî says “What I and my companions are adhering to” defines the path which the group that would be saved from the Fire must follow.This is the group that takes its methodology from that of the Messenger of Allah peace be upon him and his companions.Creed means the doctrine that an individual believes in and abides by.Thus if one's doctrine is consistent with the Creed set and approved by Allah Who revealed it through His Messengers and the Divine Messages then it is an authentic sound doctrine that helps one to attain both salvation from Allah's chastisement and happiness in this life and in the Hereafter.Both Muslim and non-Muslim individuals should pay special attention to the Creed upon which the Prophet and the companions were upon; they should read books on it and get well informed about the books written on it according to the methodology of the Prophet and his companions.I hope that this work will be a good contribution in the field of da 'wah (calling) to Allah,Glorified be He and that it be taught to students first before studying other sciences of knowledge.The Muslim Creed textbooks to be taught in schools should be selected from among books containing the creed which the Prophet and his companions are upon.