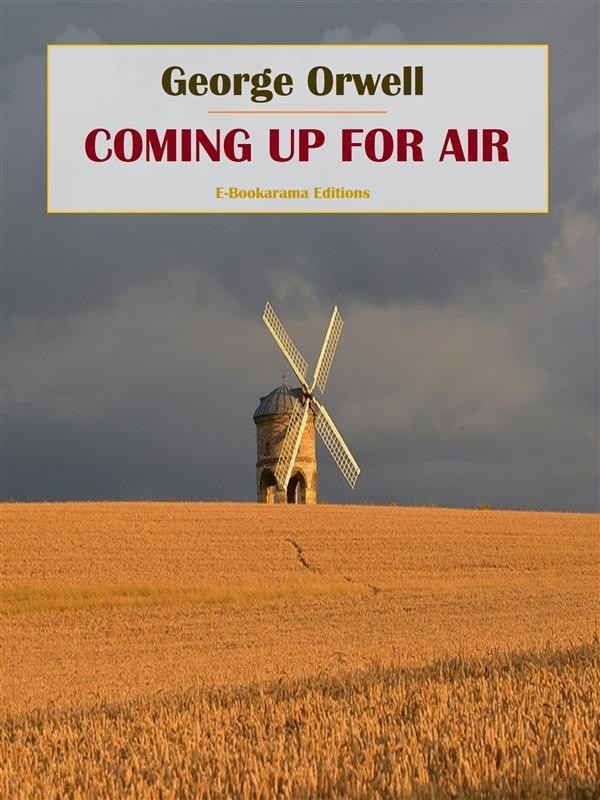 In 1938, at a point when Orwell had developed a distinct and known literary voice (but was not yet famous), he decided to write a novel that would achieve three things: warn against war, remind people of the values of traditional English life, and offer a glimmer of hope for the future during a dark time.

"Coming Up for Air" is a poignant, nostalgic work written in 1939 in which Orwell reminisces about the England of the early 20th century, which was characterised by peace, harmony with nature and community spirit.
In this first-person novel, the 45-year-old novel’s protagonist, George Bowling, is a middle-aged insurance salesman who feels frustrated with his mundane life and returns to his rural hometown, to the home of his boyhood, where he was truly happy, only to find that the march of consumerism has transformed it almost beyond recognition. His unease is exacerbated by the inescapable awareness that a new global conflict is one the horizon, with the Second World War breaking out shortly after the novel was published.