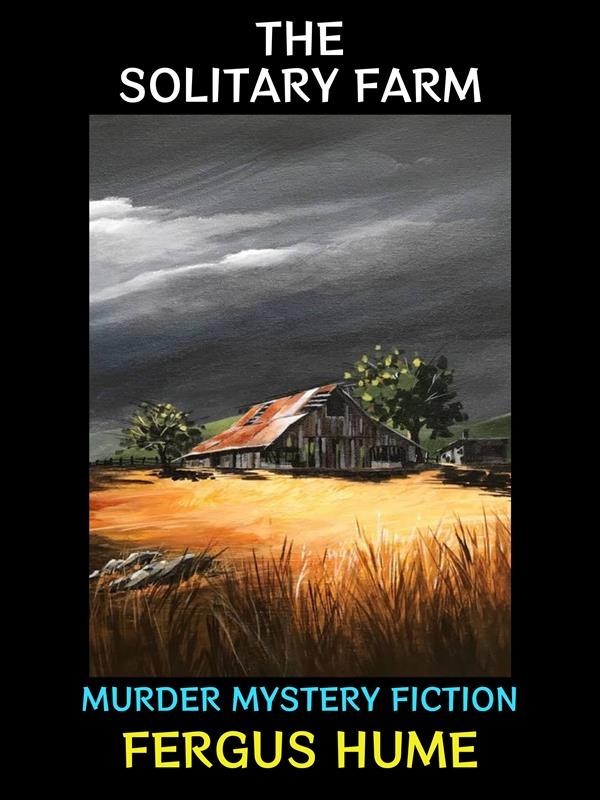 The Solitary Farm by Fergus Hume. The Solitary Farm by Fergus Hume is a mystery taking place in the country. This is one of the world's great murder mysteries. Fergus Hume was born in England, the second son of James Hume. When he was three the family emigrated to Dunedin, New Zealand, where he was educated at Otago Boys' High School and studied law at the University of Otago. He was admitted to the New Zealand bar in 1885. Shortly after graduation Hume relocated to Melbourne, Australia, where he obtained a job as a barristers' clerk. He began writing plays, but found it impossible to persuade the managers of Melbourne theatres to accept or even to read them. Finding that the novels of Émile Gaboriau were then very popular in Melbourne, Hume obtained and read a set of them and determined to write a novel of the same kind. The result was The Mystery of a Hansom Cab, set in Melbourne, with descriptions of poor urban life based on his knowledge of Little Bourke Street. It was self-published in 1886 and became a great success.