Flicker: A Fictitious Memoir of Our Life with Dissociative Identity Disorder 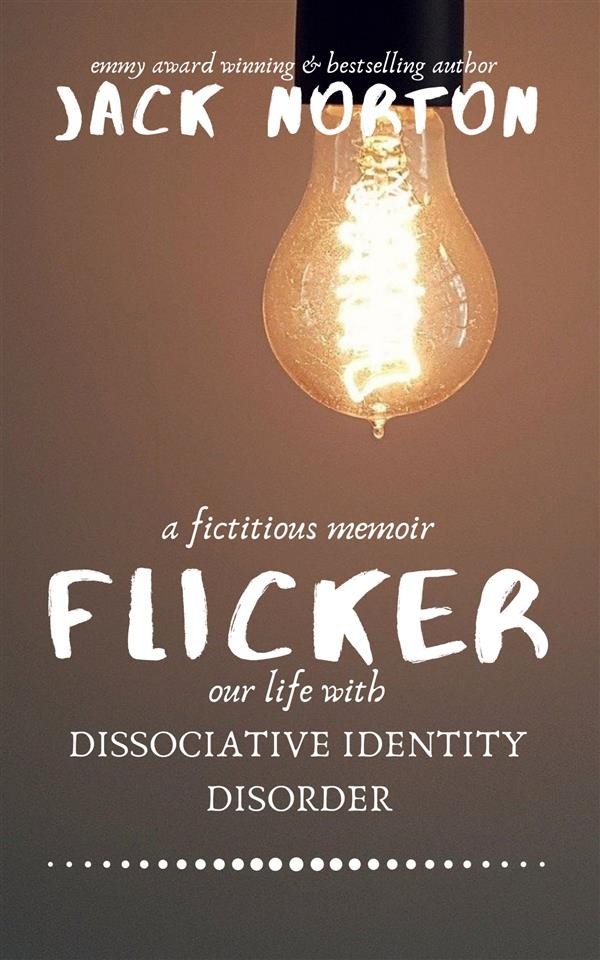 Flicker: A Fictitious Memoir of Our Life with Dissociative Identity Disorder

Flicker is a book of scraps - “mad little things, with no real reason for being” - from critically acclaimed poet Jack Norton.

This fictitious memoir (of sorts) is a chronicle of life on the road from a character living with untreated Dissociative Identity Disorder (Multiple Personality Disorder). Presented in non-linear fashion, there are montage flickers of moments, life scenes, drunken notes and fragments of reality and illusions.

Brilliant, haunting and obsessive, Norton’s writing touches on the abuse his character suffered as a child, death, poverty and the falsehood of the American dream.

A Note from the Author…

This book is a fictitious memoir. I dreamed this book. It flowed out. I don’t remember writing it. It came and went in scraps over a period of time. I don’t know how long it took. I never wear a watch. But I sat - as if in a trance - and allowed this character to take over my mind. I wrote as this man. No, I wrote for this man. He had a story he wanted to tell. So I allowed him to use me as the conduit.  Eventually I learned the man taking over my mind (to do the writing of this book) most likely had Dissociative Identity Disorder. Untreated. Maybe you’ll see it too. Facts flow in and out of reality, scenes break and characters disappear in stories that remain unfinished. This is that man’s memoir. I don’t believe it to be fictitious, because I know the man who wrote it. But he doesn’t exist. Or does he? Maybe I’ve just been smoking too much.