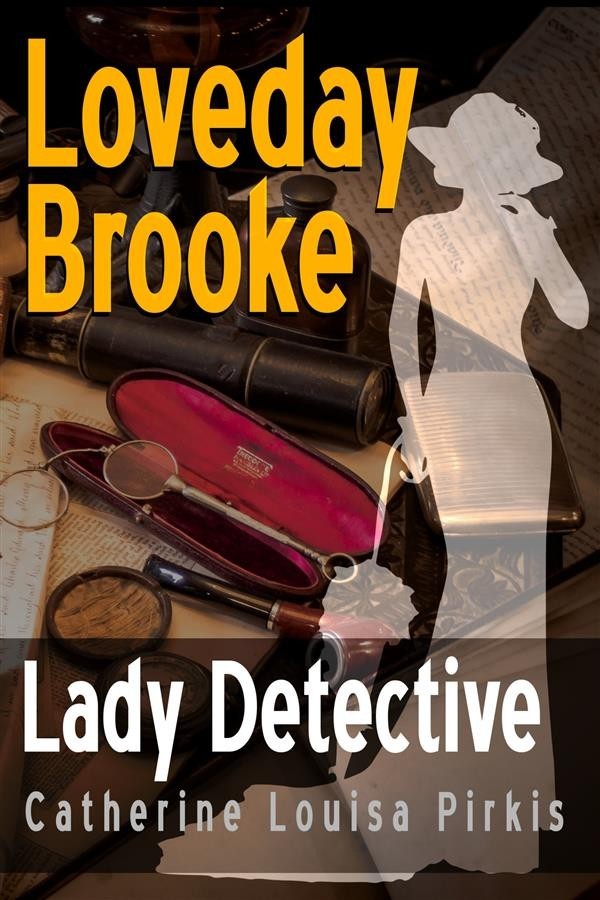 In the days of Doyle's “Sherlock Holmes” there were also feminine characters who solved crime in their own fashion. Such were the cases of Loveday Brooke.
This collection of seven short stories are along the line of Doyle's, where most of Holmes adventures were rarely in novel-length stories.
According to “Public Domain Super Heroes”:
Loveday Brooke was a private detective who operated in London. She had been an upper class lady until hard times left her penniless and without many friends. She found employment with Ebenezer Dyer, the chief of a well-known detective agency in Lynch Court, Fleet Street. Although her new profession of investigating crimes further distanced her from high society, Loveday was very prim and proper and usually wore a modest black dress. She was about 30 years of age and described as "non-descript" in physical features, being of very average height, weight and looks. She had a tendency to squint when she was deep in thought, and was considered something of a genius by Mr. Dyer and others who witnessed her reasoned approach to solving crimes.
Journey back with us to an earlier time, one where the criminals were dispatched by the wiles of a rare lady detective in Victorian England.
Excerpt:
But although Loveday and her chief as a rule, worked together upon an easy and friendly footing, there were occasions on which they were wont, so to speak, to snarl at each other.
Such an occasion was at hand now.
Loveday showed no disposition to take out her note-book and receive her "sailing orders."
"I want to know," she said, "If what I saw in one newspaper is true–that one of the thieves before leaving, took the trouble to close the safe-door, and to write across it in chalk: 'To be let, unfurnished'?"
"Perfectly true; but I do not see that stress need be laid on the fact. The scoundrels often do that sort of thing out of insolence or bravado. In that robbery at Reigate, the other day, they went to a lady's Davenport, took a sheet of her note-paper, and wrote their thanks on it for her kindness in not having had the lock of her safe repaired. Now, if you will get out your note-book—"
"Don't be in such a hurry," said Loveday calmly: "I want to know if you have seen this?" She leaned across the writing-table at which they sat, one either side, and handed to him a newspaper cutting which she took from her letter-case.
Mr. Dyer was a tall, powerfully-built man with a large head, benevolent bald forehead and a genial smile. That smile, however, often proved a trap to the unwary, for he owned a temper so irritable that a child with a chance word might ruffle it.
The genial smile vanished as he took the newspaper cutting from Loveday's hand...
Scroll Up and Get Your Copy Now.