The Ballad of the White Horse 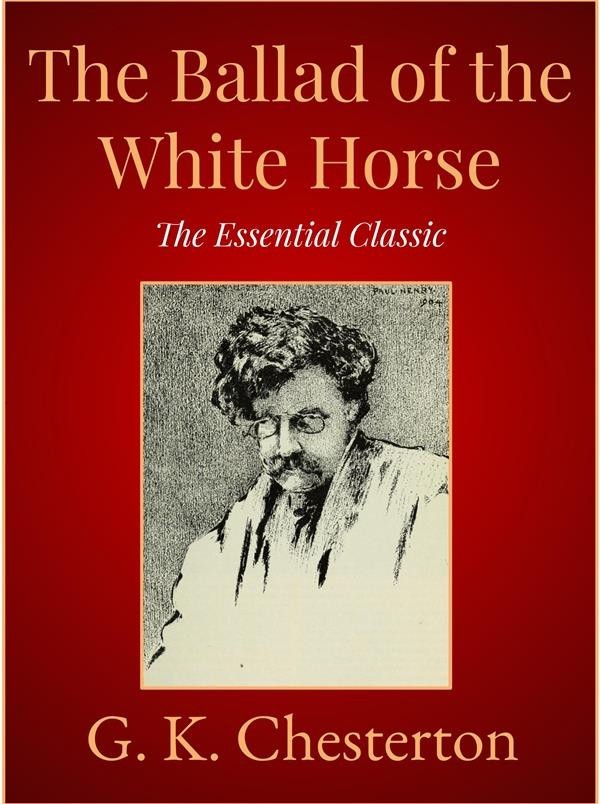 The Ballad of the White Horse

This ballad needs no historical notes, for the simple reason that it does not profess to be historical. All of it that is not frankly fictitious, as in any prose romance about the past, is meant to emphasize tradition rather than history. King Alfred is not a legend in the sense that King Arthur may be a legend; that is, in the sense that he may possibly be a lie. But King Alfred is a legend in this broader and more human sense, that the legends are the most important things about him. The cult of Alfred was a popular cult, from the darkness of the ninth century to the deepening twilight of the twentieth. It is wholly as a popular legend that I deal with him here. I write as one ignorant of everything, except that I have found the legend of a King of Wessex still alive in the land. I will give three curt cases of what I mean. A tradition connects the ultimate victory of Alfred with the valley in Berkshire called the Vale of the White Horse. I have seen doubts of the tradition, which may be valid doubts. I do not know when or where the story started; it is enough that it started somewhere and ended with me; for I only seek to write upon a hearsay, as the old balladists did. For the second case, there is a popular tale that Alfred played the harp and sang in the Danish camp; I select it because it is a popular tale, at whatever time it arose. For the third case, there is a popular tale that Alfred came in contact with a woman and cakes; I select it because it is a popular tale, because it is a vulgar one. It has been disputed by grave historians, who were, I think, a little too grave to be good judges of it. The two chief charges against the story are that it was first recorded long after Alfred's death, and that (as Mr. Oman urges) Alfred never really wandered all alone without any thanes or soldiers. Both these objections might possibly be met. It has taken us nearly as long to learn the whole truth about Byron, and perhaps longer to learn the whole truth about Pepys, than elapsed between Alfred and the first writing of such tales. And as for the other objection, do the historians really think that Alfred after Wilton, or Napoleon after Leipsic, never walked about in a wood by himself for the matter of an hour or two? Ten minutes might be made sufficient for the essence of the story. But I am not concerned to prove the truth of these popular traditions. It is enough for me to maintain two things: that they are popular traditions; and that without these popular traditions we should have bothered about Alfred about as much as we bother about Eadwig. One other consideration needs a note. Alfred has come down to us in the best way (that is, by national legends) solely for the same reason as Arthur and Roland and the other giants of that darkness, because he fought for the Christian civilization against the heathen nihilism. But since this work was really done by generation after generation, by the Romans before they withdrew, and by the Britons while they remained, I have summarised this first crusade in a triple symbol, and given to a fictitious Roman, Celt, and Saxon, a part in the glory of Ethandune. I fancy that in fact Alfred's Wessex was of very mixed bloods; but in any case, it is the chief value of legend to mix up the centuries while preserving the sentiment; to see all ages in a sort of splendid foreshortening. That is the use of tradition: it telescopes history. G.K.C.