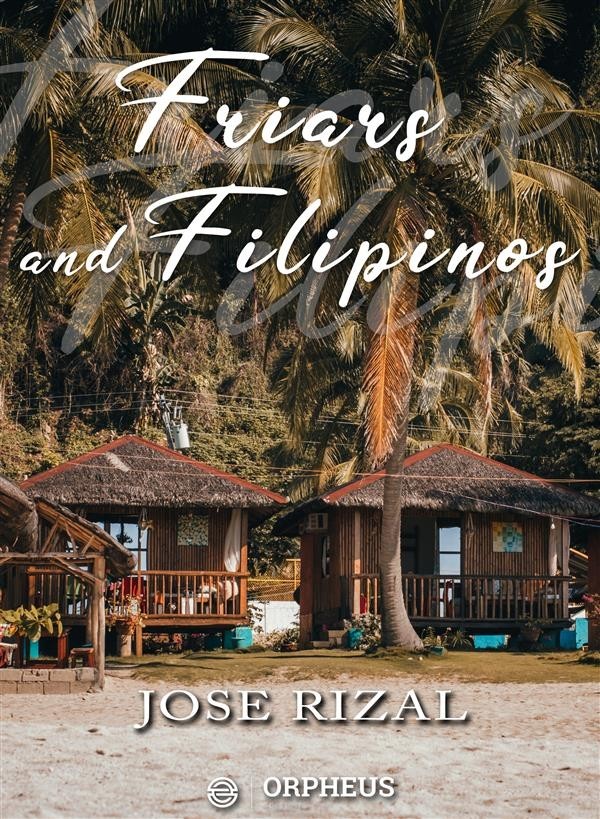 Friars and Filipinos' original title is Noli Me Tángere, Latin for "Touch me not", is an 1887 novel by José Rizal, one of the national heroes of the Philippines during the colonization of the country by Spain, to describe perceived inequities of the Spanish Catholic friars and the ruling government.

Originally written in Spanish, the book is more commonly published and read in the Philippines in either Tagalog or English.

José Rizal, a Filipino nationalist and medical doctor, conceived the idea of writing a novel that would expose the ills of Philippine society after reading Harriet Beecher Stowe's Uncle Tom's Cabin. He preferred that the prospective novel express the way Filipino culture was perceived to be backward, anti-progress, anti-intellectual, and not conducive to the ideals of the Age of Enlightenment. He was then a student of medicine in the Universidad Central de Madrid.

This edition will please every lover of history and literature.