The Night of the Long Knives 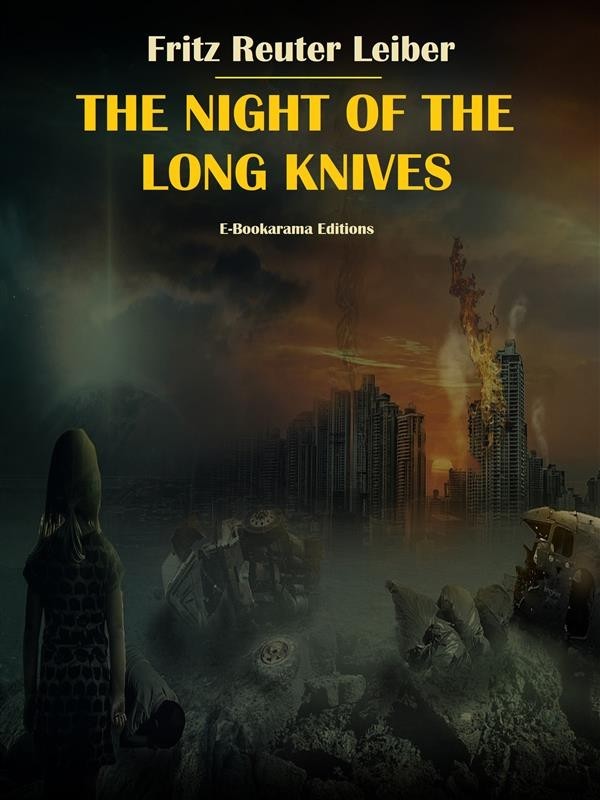 The Night of the Long Knives

"The Night of the Long Knives", a novella by Fritz Reuter Leiber written in 1960, is totally absorbing. It vividly describes a horrifying possible future America where nuclear war has ravaged the land and the human brain.
Leiber’s characters are pathetic guilt-ridden people who’ve learned that the only way to eke out a wretched existence is to kill anyone who gets close. There is no goal but survival, and those who’ve managed have their methods. Ray wears sharp metal dental implants, a lead-lined hat, and a knife he calls “Mother.” Alice, who is missing a hand, screws a knife into her stump and hides weapons in her hair. They circle each other warily, knowing that it can’t be long before one of them can’t deny the urge to kill the other.

Leiber uses his story to examine the mind of the murderer and to ask what it would take for a serial killer to change his ways. What are the influences of community, culture, and religion? How can a reformed killer get rid of guilt, make reparation, and help reform others? Another obvious theme, which was especially popular at the time Leiber wrote this novella, is the danger of nuclear war. "The Night of the Long Knives" is a grim story, but it doesn’t leave us in despair.