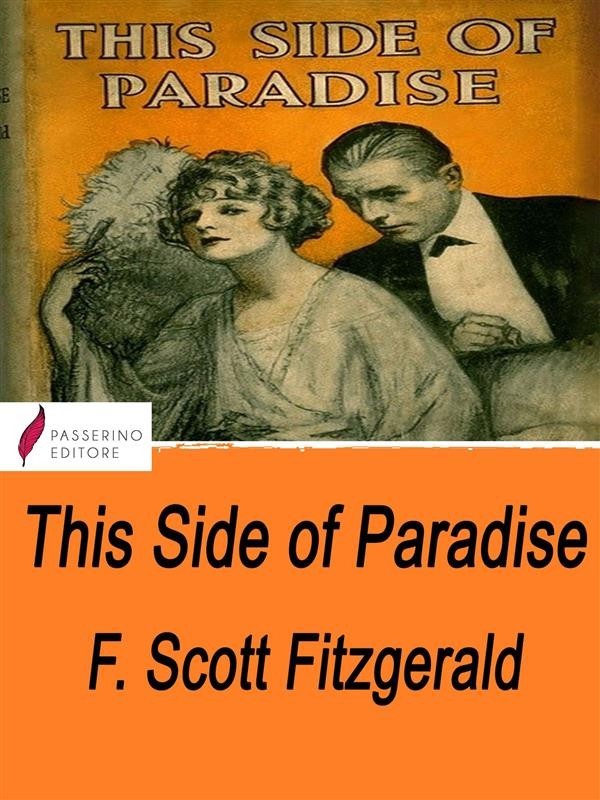 This Side of Paradise is the debut novel by F. Scott Fitzgerald, published in 1920. The book examines the lives and morality of post–World War I youth. Its protagonist Amory Blaine is an attractive student at Princeton University who dabbles in literature. The novel explores the theme of love warped by greed and status seeking, and takes its title from a line of Rupert Brooke's poem Tiare Tahiti. The novel famously helped F. Scott Fitzgerald gain Zelda Sayre's hand in marriage; its publication was her condition of acceptance.

Francis Scott Key Fitzgerald (September 24, 1896 – December 21, 1940) was an American essayist, novelist, screenwriter, and short-story writer, although he was best known for his novels depicting the flamboyance and excess of the Jazz Age—a term which he coined. Although he temporarily achieved popular success and fortune, Fitzgerald did not receive much critical acclaim until after his death. He published four novels, four collections of short stories, as well as 164 short stories in magazines during his lifetime. Fitzgerald is widely regarded as one of the greatest American writers of the 20th century.