BILL THE MINDER - the whacky adventures of Bill and his cousins 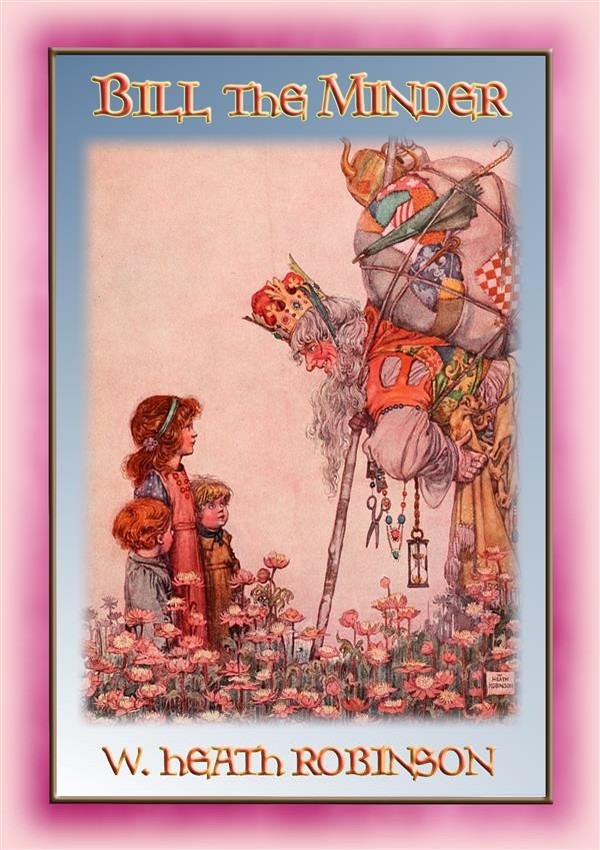 BILL THE MINDER - the whacky adventures of Bill and his cousins

The wonderful story of 'Bill the Minder' by none other than W Heath Robinson, follows the adventures of 15-year-old Bill and his cousins, Boadicea and Chad. During their adventures they meet a multitude of weird and wonderful characters such as The Ancient Marina, The Triplets, The Doctor, The Real Soldier and The Lost Grocer and more. They encounter various unique and whacky problems on their way which they solve the use of fantastic machines crafted by Bill which allows Heath Robinson to let his imagination run riot.

This classic book is accompanied by 16 incredible colour illustrations and a host of black and white woodcuts also by W. Heath Robinson. Heath Robinson, as he was more commonly known, was an English cartoonist and illustrator, best known for drawings of ridiculously complicated machines, made to achieve and solve deceptively simple problems. Such was (and is) his fame, that the term ‘Heath Robinson’ entered the English vernacular during the First World War, as a description of any unnecessarily complex and implausible contrivance of which there were many.