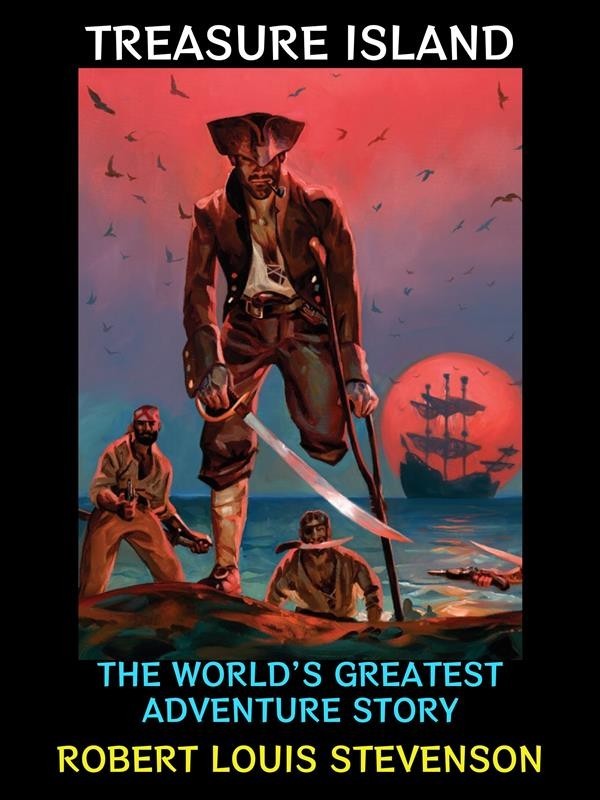 Treasure Island by Robert Louis Stevenson. Treasure Island is the ultimate pirate adventure story, replete with treasure and an unforgettable cast, including Jim Hawkins, the boy at the centre of the action; Billy Bones, the pirate with the all important treasure map; Captain Alexander Smollet, the stubborn yet loyal captain of the Hispaniola; Israel Hands, ship's coxswain who tries to kill Jim Hawkins but ends up in Davy Jones' Locker; Ben Gunn, a half-insane and marooned ex-pirate; Pew, a blind ex-pirate who dies when trampled by horses; and, of course, Long John Silver, the famous amputee who was formerly Flint's quartermaster but later becomes the leader of Hispaniola's mutineers. Join this cast for a fantastic adventure and treasure hunt, but watch out for the "Black Spot"-a card with a circular black spot in the middle given to an accused. It means the pirate will be overturned as leader, by force if necessary-or else killed outright. Not impressed? You should be-after all, just being tipped with the Black Spot scared poor Billy Bones to death.