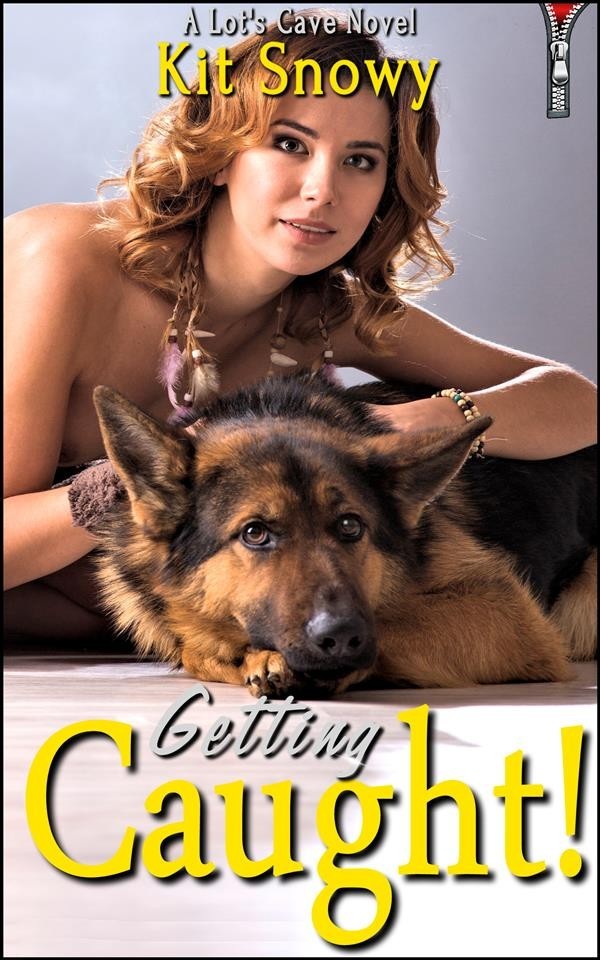 DESCRIPTION:
Buster is at it again! He gets his sexual attention from his favorite human Kit. But this time, they get caught in the act! Join in on this fun tale of Buster's humans having fun too.


EXCERPT:
Kit giggled as the tongue moved over her cheeks and lips. She still thrusted against Buster’s body and felt that hard cock deep inside her wet pussy. She moaned a small orgasm rushed through her. Her juices flowed out of her body and onto the dog’s cock.

Kit knew that Buster would soon be cuming, so she put her finger back onto her clit and rubbed it with her finger. She thrusted faster against Buster’s cock. The cock moved deep and hard inside the dripping pussy.

Buster thrusted a few more times and then jerked his cock all the way into the human hole. His juices flowed out of him and into the human. He licked Kit some more in the face. He still stood over top of Kit.

“What in god’s name is going on?” Louis yelled out.

Kit heard a male’s voice and thought, Oh shit! The son just got home, and she just got caught! She didn’t know what to say. She felt speechless. What would she even say?

“Buster, down!” Louis yelled. He pointed to the floor with his thin finger.

Buster didn’t like being yelled at. He looked over at his other human owner. Buster did not move off Kit and he just started to whine. He didn’t want to leave the gal’s side.
“Buster, I said, down!”

Buster just whined some more. So, Louis shook his head. He moved over to the bed and grabbed at his dog’s collar. Louis pulled gently.

“I said, down, Buster!” Louis yelled once again.

Finally, Buster left the bed and walked out of the room. He headed downstairs and got a drink of water. After that, he headed to the couch and got up onto it. He laid down and fell asleep soon afterwards. Sleeping would pass the time by for Buster until he could see the gal once again.

“So, did you enjoy my dog?” Louis asked as he headed over to the stranger.

Louis reached down to the vagina and inserted his fingers. He could feel his dog’s and her juices inside. He shook his head at the stranger. “So, should I call my mom and tell her to come home? I could get her to fire you at work and get you in trouble with this situation. Or will you be a good girl and do what I want?"