THE STORIES POLLY PEPPER TOLD - at the Little Brown House 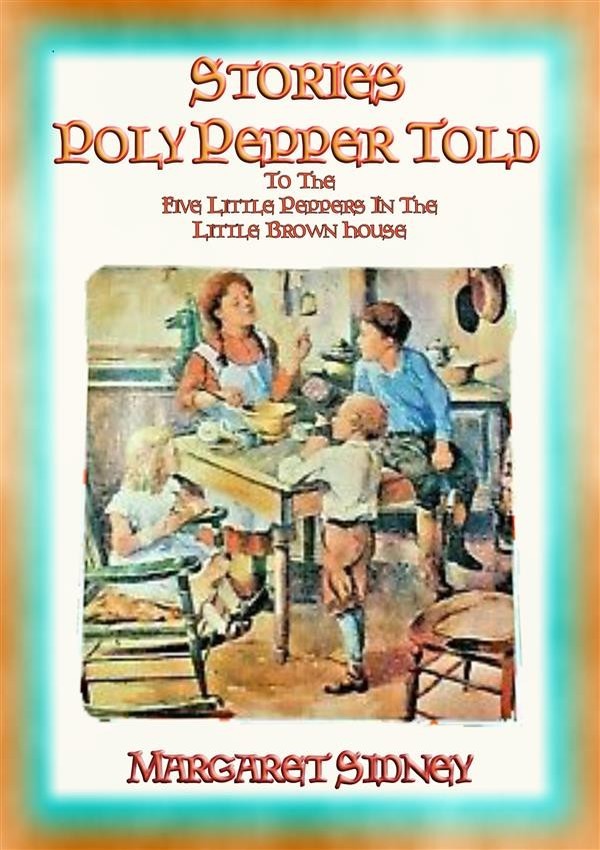 THE STORIES POLLY PEPPER TOLD - at the Little Brown House

Times are tough in and around the Little Brown House! The widowed Mrs. Pepper has to sew all day long just to earn enough to pay the rent and to feed the five growing Peppers. But she faces poverty and trouble with a stout heart, a smiling face, and the help of her jolly brood: blue-eyed Ben, the eldest and the man of the house at the age of 11; pretty Polly, so eager to cook for the family and make everyone happy and comfortable; and the three littlest Peppers, Joel, Davie, and baby Phronsie.

The Pepper family would soon become beloved by readers all over America. Young people avidly followed the adventures of Ben, Polly, Joel, Davie, and Phronsie. While faced with many plausible trials and obstacles they remain eternally optimistic in the face of adversity, and reflect the real life issues of so many of their readers. Their universally appealing wholesome values and lives are not burdened with a heavy moralising tone which was present in many other popular works of the day.

A favorite of children, parents, and teachers for generations, this heartwarming classic first appeared in 1880. Since then, it has inspired countless young imaginations with its tender tales of the ways in which courage and good cheer can overcome adversity.