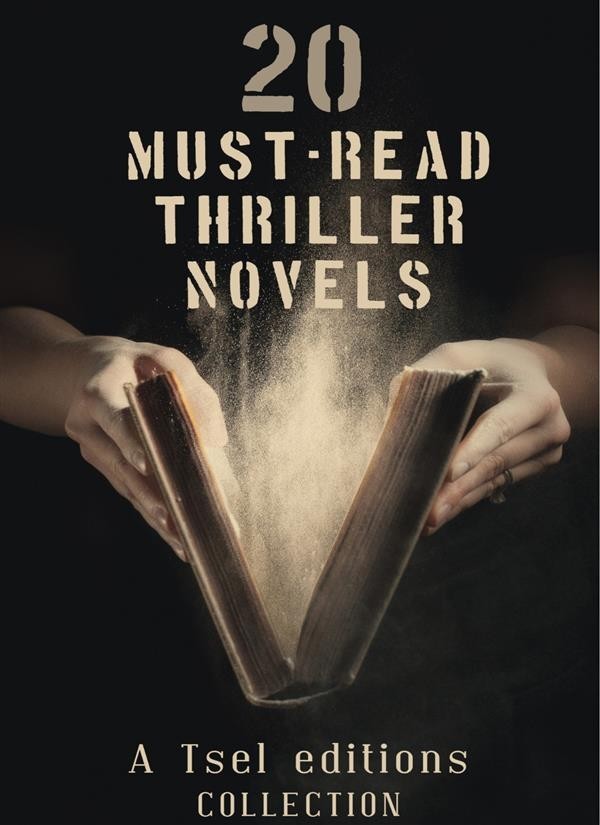 A thriller novel is a novel that uses suspense, excitement, apprehension and exhilaration to tell a story. Thriller novels have villains, suspense, and action in settings such as espionage, medicine, crime, politics, and high tech.

They often involve life and death situations and have high stakes, like the control of the world or the possibility of widespread death or destruction.

Many times innocent people are victimized, stalked, or caught in situations that are beyond their control.
Characters have to overcome obstacles, either alone or with a small group of people, and stop some catastrophe from happening. Thrillers usually have a happy ending.

This book is a special collection of twenty best thriller novels which are going to embark you on a journey to the world of suspense, action, shock and fear.

BRAIN TWISTER by Randall Garrett
DESPERATE REMEDIES by Thomas Hardy
FOUR JUST MEN by Edgar Wallace
GEEK MAFIA by Rick Dakan
THE AFTER HOUSE by Mary Roberts Rinehart
THE APARTMENT NEXT DOOR by William Andrew Johnston
THE CZAR'S SPY by William Le Queux
THE DUST OF DEATH: The Story of the Great Plague of the Twentieth Century by Fred Merrick White
THE EVIL SHEPHERD by Edward Phillips Oppenheim
THE INTERNATIONAL SPY by Allen Upward
THE MAN WHO WAS THURSDAY: A NIGHTMARE by Gilbert Keith Chesterton
THE MOST DANGEROUS GAME by Richard Connell
THE PIT: A STORY OF CHICAGO by Frank Norris
THE PRISONER OF ZENDA by Anthony Hope
THE RIDDLE OF THE SANDS by Erskine Childers
THE RIVER OF DEATH: A TALE OF LONDON IN PERIL by Fred Merrick White
THE THIRTY-NINE STEPS by John Buchan
THE THREE HOSTAGES by John Buchan
THE WOMAN IN WHITE by Wilkie Collins
WHAT'S BRED IN THE BONE by Grant Allen

A well-formatted, easy-to-read book suitable for any e-reader, tablet or computer. The reader will go from one section to another one as quick as possible.