An Animal Companion For Yola 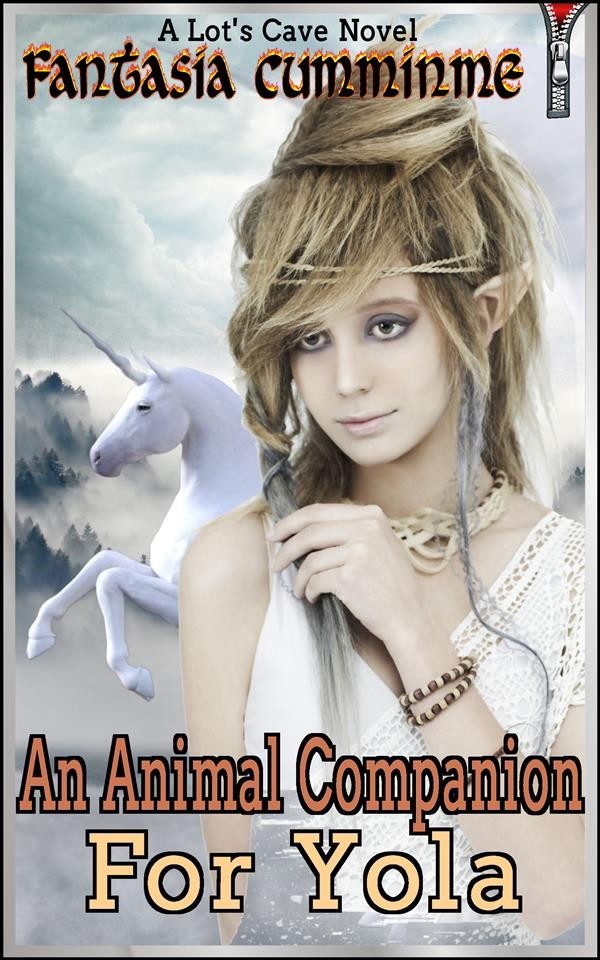 An Animal Companion For Yola

DESCRIPTION:
Yola the elf thinks she's ready to go out into the forest and find an animal companion, but will her ignorance get her into trouble? She's never left home before and there is plenty of danger out there... Ogres, wolves, and sometimes even the things you least expect have insidious plans for such a ripe young body.

EXCERPT:
Yola awoke earlier than usual today, too excited to sleep. She turned 18 yesterday, and as was customary in her elven culture, today she would set out on an adventure to find her animal familiar. An animal familiar was no ordinary pet; elves of her clan would find a special animal and forge a unique, unbreakable bond with it. The animal and elf became fast friends, and helped each other in all aspects of their daily lives. While elves couldn’t directly speak with animals, their bond also allowed for a sort of communication between the two. Yola couldn’t wait to see what animal would become her very own best friend!

Giddily, she wriggled her sleek young body out from under the covers, quickly brushing her long, raven black hair and throwing it back into a ponytail. She grabbed her backpack, stuffing it haphazardly as she dressed herself in a skimpy leather bralette and loincloth. Yola darted from her room, past the table where her family was eating breakfast, and out into the bright, beautiful day. She was too excited to stop and talk to anyone, and was determined to let nothing slow her down on her journey as she ran off into the forest. Besides, she knew she would return home. She’d always loved her simple clan life and felt confident that she would return.

At first she greeted every animal she came upon, calling out, “Hello there, kind friend! Would you care to have a chat and perhaps a snack with me?” But her over-excitement was scaring away all of the creatures of the forest… She pouted as she traipsed on. She was lonely and bored. Yola was so distracted darting this way and that, she had lost sight of the path and was now wandering aimlessly, lost. She chided herself for being such a stupid, ignorant girl…As midday came and went, she began to panic. She tried to fight it, but she felt tears welling up in her eyes as she slunk defeatedly against a tree and began to sob.

“Ohhhh, don’t cry!” gurgled a deep, gritty voice from somewhere behind her.

Yola jumped and screamed. She’d been so forlorn and crying so loudly that she hadn’t heard approaching footsteps. She looked around the side of the tree and her heart sank as she saw two large male ogres approaching quickly through the trees. She stood and started to run, smacking almost immediately into a third ogre who had approached from the other side when she wasn’t looking.

“Now, now, now,” bellowed the ogre as his enormous fist closed around the top of her head, tangling itself in her hair as he yanked her roughly upwards. “What’s with all the tears, little girl?” he asked in mock concern.

Yola sobbed harder now, both from the pain of her hair being pulled and from her quickly worsening predicament. She struggled, kicking and screaming, but she was less than half the size of the three circling brutes.

“No need for all that,” laughed one of them, “You’re in ogre territory now, girl. That means you’re trespassing..."